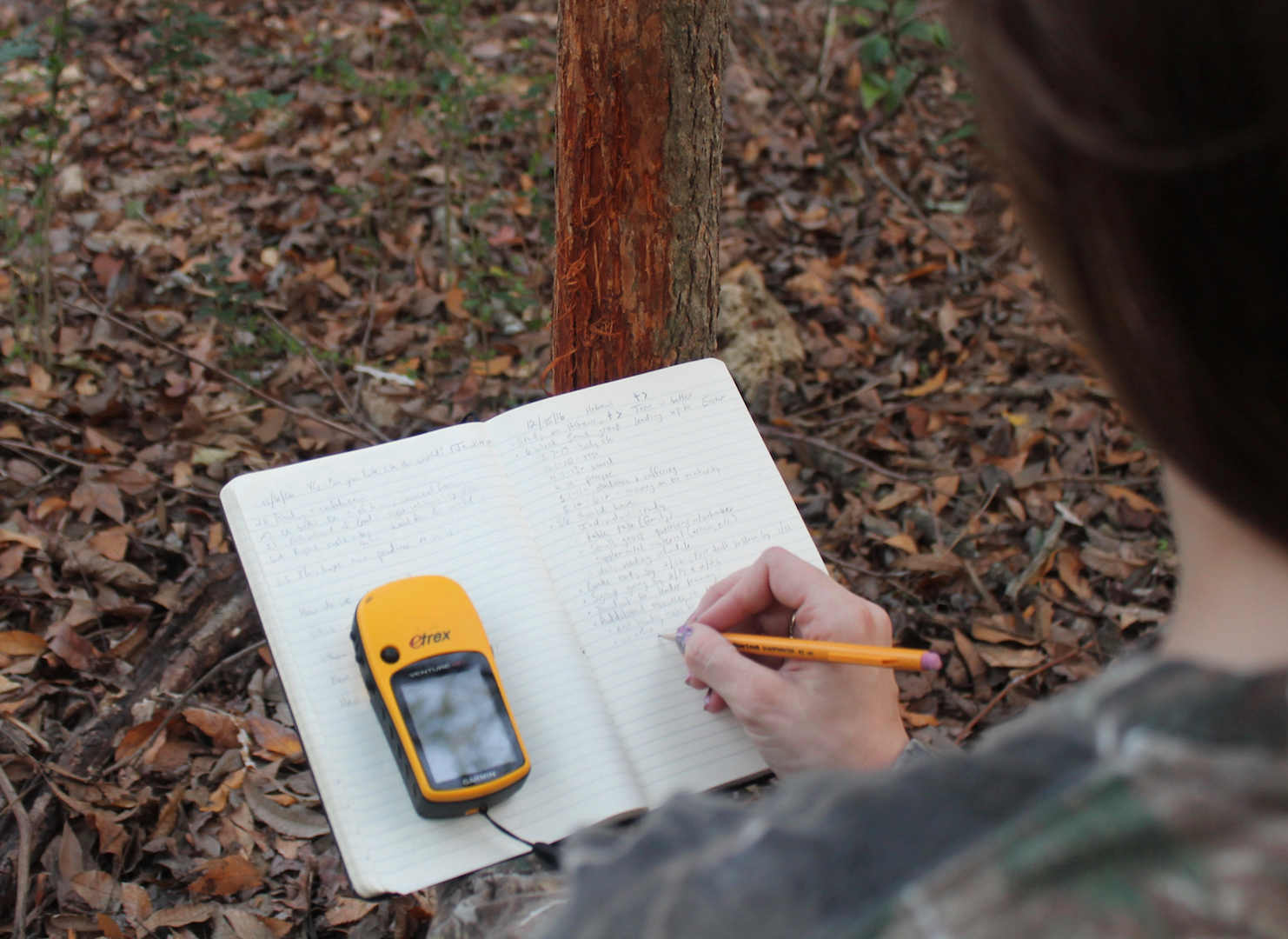 In recent years, post-season deer scouting has gained much attention, and for good reason. No other time of year offers a clearer picture of how deer use a property during the hunting season combined with little risk of alerting deer to your intentions. Every hunter can benefit from post-season scouting efforts, but the reward is especially high for those of us who focus on public land. Information gleaned during the post-season reveals how deer in the area adapt to mounting pressure throughout the season. Well, here are 5 rules for a successful post-season scouting on public land that will help you punch more tags next fall. 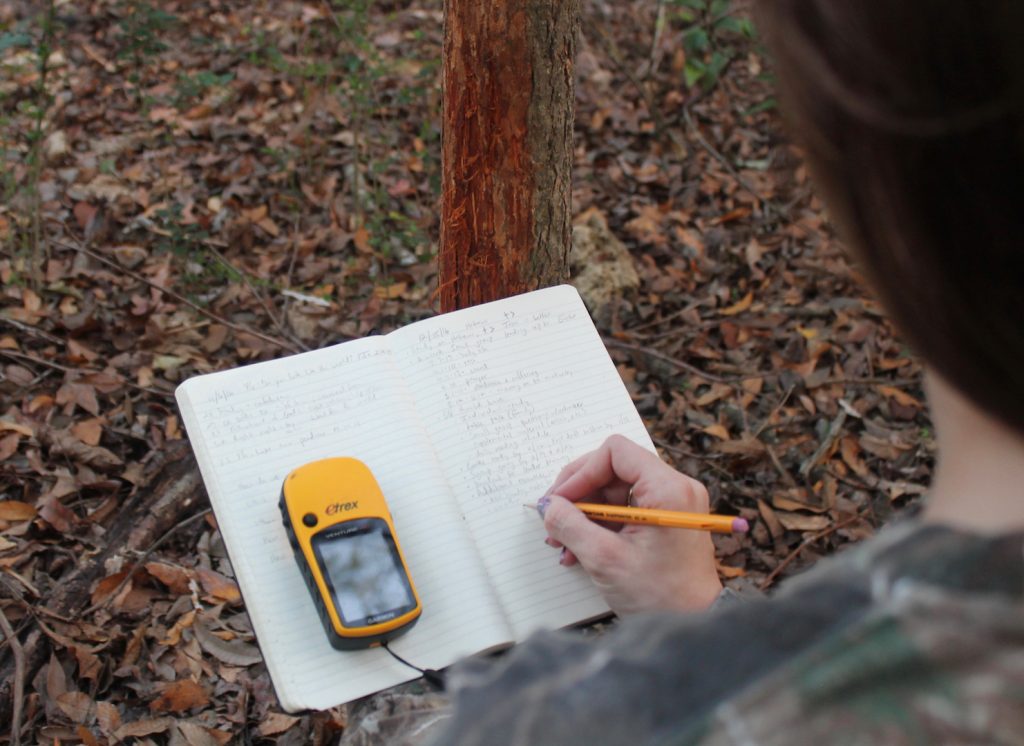 Rule 1. Scope Out the Pressure Points

Post-season scouting sounds simple enough. Find the big three of food, water, and cover, and success is soon to follow, right? I begin my public land efforts a little different. Rather than look first for the deer’s big three, I look for the hunters’ big three of parking, travel, and easy stand locations. I begin my scouting on the outskirts of the property, identifying every legal parking area. I prefer hunting lands with limited access for motorized vehicles because vehicle restrictions keep the pressure down and make patterning other hunters easier. Full garbage cans, tire and boot tracks, and other miscellaneous things left behind by hunters will serve to give you a good idea of what parking lots are the most used. I tend to key in on the lesser used parking lots since that usually translates to less hunting pressure in the area.

Next, I work my way into the woods exploring the trails that web out from the parking lot. My goal is to find out in what areas the deer are most often alerted to human presence. I want to locate everywhere another human is likely to walk so that I can either avoid that area or take advantage of their intrusion by setting up to intercept alerted deer.

Finally, I want to know where others are hunting. This is not so I can hunt those locations, but so that I can begin to understand how they may impact deer movement. Deer respond to the pressure in one of three ways. First, they may avoid the area altogether. Second, they may become nocturnal and only use that area at night. Third, they may simply skirt the area, remaining just outside of the hunter’s line of sight. Post-season scouting will reveal how the deer adapted their patterns based on hunting pressure. If another’s hunting location has all the ear marks of a good stand location, was frequented by hunters, but has zero deer sign, you can be relatively sure that the deer were over-pressured in that spot and began to avoid it all together. If the spot has lots of deer sign, chances are the deer have become nocturnal and are only using that location after legal shooting hours. I like to walk around the stand locations in a 100-200 yard circle if I find minimal deer sign near where another hunter has hunted all season. Often times I’ve found that the deer simply changed their travel pattern to avoid detection. My post-season scouting last year revealed that deer movement through a funnel created by a small pond and the edge of a longleaf pine savannah moved about 100 yards as hunting pressure ramped up. This move was just enough to put the deer out of sight from a climber-scarred pine tree in the middle of the funnel. This hunting season, I hung my stand according to the change in deer behavior I observed in my post-season scouting. By the second weekend of bow season, the deer had once again changed their pattern, and I have seen deer from this stand on every hunt this year.

Rule 2. Get Into the Thick of It

As the season winds down, the barren timber reveals what was hidden just a few months earlier. While the open woods provide better visibility for hunters, they tend to set deer on edge. A few years ago I had my sites on a mature nine point in my native Alabama. Prior to the season, the buck was making regular visits to my stand location during daylight hours. The location had it all. Food, water, and cover. Everything was right for an opening day showdown. After I failed to seal the deal on opening weekend, the buck totally disappeared. Speaking with the adjacent landowner who was familiar with the deer, he explained that the buck and others in the area disappear every year as soon as the leaves begin to fall. His theory was that the visibility of nearby neighborhoods made the deer feel less secure in that area. Sure enough, I located that buck about a month later. He was spending most of his time in another area that remained thick despite the leaf fall. Unfortunately, the buck had made his home on private land that I could not access. For the remainder of the season, I never got another picture of that buck on public land during daylight hours. The following two years of hunting that location followed a similar pattern. The once thick cover turned to twiggy trees, and the deer disappeared.

What makes for excellent cover in August does not make equally good cover in January. Post season scouting allows you to gain an idea of what areas stay thick throughout the year. Those spots may not be prime bedding locations in October and November. But when the rut rolls around in December, January, and even February in some places where I hunt, I know I can count on the deer to hole up in areas that still provide good cover.

By now post-season scouting for deer trails, bedding areas, and sign leftover from the rut is common practice for many hunters. Where some go wrong, however, is at the level of sign evaluation. The same conditions that make the woods easier to scout during the post-season exaggerate the sign you find in most locations. A moderately used deer trail may look like a cattle crossing while the woods are dead. For this reason, you must weigh the sign you find not with preseason sign of years past but with the other post-season sign that you find before spring green up. To help me evaluate the sign I find in the post-season, I begin placing scouting cameras on the sign as soon as I find it. This will help you determine whether the spot you’ve found is a hotbed of activity or simply the accumulation of months of occasional deer traffic.

Rule 4. Put it All Together

Perhaps the most crucial element to post-season scouting is putting all the pieces together into a cohesive hunting strategy. Unfortunately, this step is often the most overlooked by hunters. The temptation is to view the properties we hunt as having a few unrelated hubs of deer activity. Many hunters simply find the sign, hang a stand, and hunt. But once you have done the hard work of scouting and have located sign, you must understand the general flow of deer on the property if you want consistent success. A small journal or map to mark your findings will prove invaluable in formulating a hunting plan.

When you begin to put together your hunting plan based on your findings, ask yourself a few questions. How do these hubs of deer activity connect? Are there edges or funnels that link them together? What hubs will have nearby bedding cover that will stand the test of time as the season drags on? How do the deer travel from one location to another? How can deer access those locations while avoiding human traffic areas during daylight? As you contemplate those questions, the pieces of the puzzle will begin to fall into place.

Rule 5. Give it Time

One great danger looms for those who venture into the woods for post-season scouting. The sign you find in February and March will be calling your name come October. You may want to run to those spots on opening weekend in hopes of arrowing the bruiser who will call that location home. But more often than not, waiting a few weeks into the season is the best move you can make. Remember, the locations you found post-season depend on hunting pressure and the passage of time to make them more attractive. The swirling winds and high temperatures of early season make stand burn out a very real possibility. Take your time, watch the pressure, and then make your move as falling temperatures, steady winds, and the looming rut begin to get bucks on their feet during daylight hours.

Post season scouting can prove invaluable. The barren woods of February can be read like a book, revealing the habits of hunters and deer alike. With lots of planning and a little patience, a little work in the post-season can have you in the thick of the action on even the most heavily pressured public lands next fall.