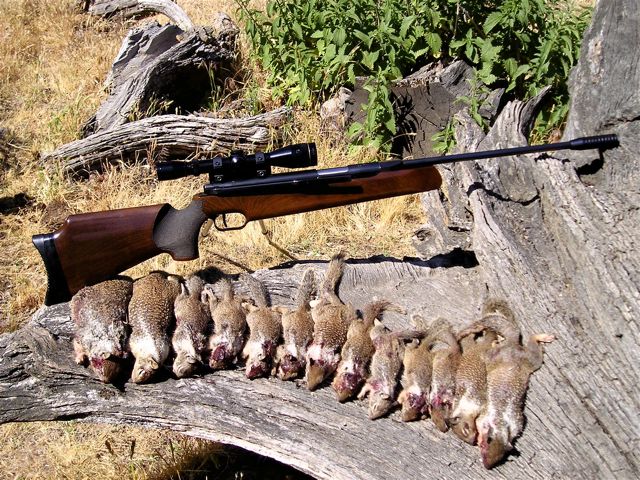 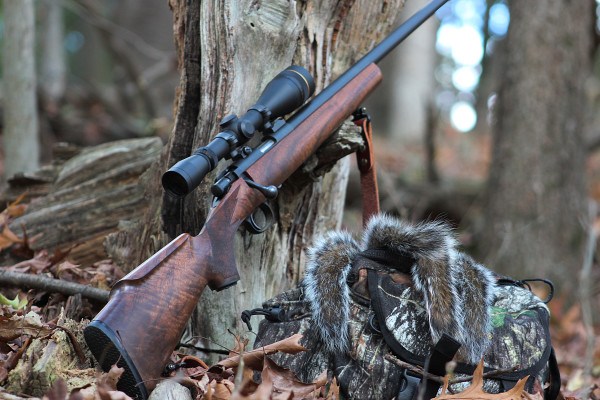 First, before I go any further, I’ll tell you this, to quote an old saying, “It ain’t the Arrow it’s the Indian.” No matter what the technology you buy yourself, nothing will take the place of intense practice at the range. I’m about to reveal to you real secrets to shooting excellence that only a few insiders know. Why just a few, because it seems those who aspire to be honest good shooters somehow fall by the wayside due to disbelief, frustration, and ego. Then there is the shooter that wants to be just close enough for government work. Well I guess that is Ok.

However to me it’s not OK. Since the .22 rifle is so easy to learn for everyone, there is no reason in the world the small game hunter and informal target shooter cannot develop the “Hawkeye of the American Sharpshooter.”
So let’s talk about guns first. If you want to be good that’s one thing. If you want to be great you will need a 22 rifle that will match the level of shooting skill you wish to attain. Today we won’t get into the more exotic 17 rim fires or even the 22 magnum. They deserve mentioning, because they are useful and fun, but the .22 Long rifle cartridge is the staple here as the most accurate and least expensive, while being the least terrifying on edible game.

To define the Squirrel Rifle is easy. If we got technical it would be a gun and scope combination that weighs less than ten pounds two ounces, the ingenious weight established by the NRA for metallic silhouette rifles. Then we add, “In accordance with the spirit of the portable hunting rifle.” So if you want to go small game hunting with a Ruger 10/22 with a Ted Nugent, Zebra striped stock, or a Hot pink stocked thumbhole Anshutz sporter, go for it. The first idea of the modern squirrel rifle is Fun, whether you hunt with it or not. 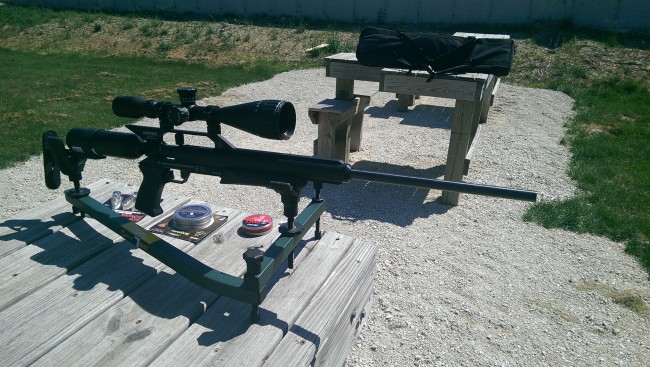 If you really want a super accurate hunting style .22 rifle you might want to look at the CZ-452 at CZ-USA. For less that $500 you can rig out the rifle and a scope and take on the best sharpshooters in the world in the squirrel rifle discipline known as the Top Gun Challenge. Then you can turn right around with the same rifle and make head shots on grey squirrels all day, if you can get them to hold still. Although I do know how to tune a CZ-452 to make a light squirrel rifle shoot like an Olympic target rifle, this gun pretty well comes to you that way right out of the box.

I know you’re going to ask what kind of scope I use. This may be a shock to some but the Bushnell Banner 6X18 power, with AO seems to be all I need. As there are no power restrictions for scopes on the Top Gun League, you can hunt or shoot targets with this combination as it has never failed me. Most of Team Top Gun use CZ rifles and the same Bushnell scope. This scope is only about $130 and has won more awards than any other scope. As far as a grey squirrel in the fork of a tree or a cottontail at the end of the garden, it’s gumbo time.

For years many shooters said it was impossible for a semi-automatic 22 to compete with a bolt action in the accuracy department, not so anymore. The truth is, if you know what you’re doing it’s not impossible, but it takes a great deal of time and work. There are hundreds of after market items for the famous Ruger 10/22 that allows the gunsmith to start with nothing more than a stripped down receiver and construct a completely new rifle out of after market parts. After about 1 or 2 grand, you will be able to keep up with my $500 CZ. You can get a custom 10/22 from the good folks at Clark Custom Guns, or you can put one of their barrels on your own custom rig and see what happens.

The finest of the custom Rugers are made by Jody Skinner of Many Louisiana and his team of sharpshooters, Team Pendleton Gun. They are known as the “Infamous Rifles,” because if they show up at Top Gun Challenge you will wish they didn’t. I get a big kick out of Jody, accusing him of buying a Ruger 10/22, assembling a completely new rifle right next to it, and then throwing the original in the garbage can. Once you get your custom rig completed, you must find a brand of ammo that will flawlessly function the action and then be absolutely accurate. That’s what makes this squirrel rifle thing a little interesting.

Ammunition is a key factor, of which there are three types, Bulk, Hunting, and Target. Some of this overlaps each other, but due to some cost factors, this alone separates the average shooters from the superior ones. I’ve seen a really good shooting team annihilated, simply because the coach didn’t know beans about ammo.
Of course Bulk ammo may be had by several well know manufactures and is great for dirt pit plinking with your kids and yes you can hunt with it. But as you progress in the accuracy world you will find that this stuff just doesn’t cut the mustard. When 22 ammo comes off the machine at the factory there are tiny discrepancies that are so insignificant it makes no difference to anyone, except the superior sharp shooter.

Next is hunting ammunition. Of course you can dispatch a squirrel or a rabbit with any 22 round, but the high speed 22 long rifle hollow point is the best. Of all those I’ve ever seen tested on the range and in the field, the Remington High Speed hollow point seems to fill the bill. When it hits, it kills the game instantly without destroying edible meat, it is highly accurate and functions semi-autos very well. Then there is the most recent development, the PMC Zapper high speed hollow point. This we at the Top Gun League of Sharpshooters found looking for an economy practice round. The PMC Zapper has been found to be the most accurate and should be considered for the sharp shooting small game hunter.

Then we have the incredibly accurate target rounds. Eley, Wolf, Lapua, Jhad, Federal, CCI, and Remington all produce a wonderful target round. When this stuff comes off the machine, it is weighed and measured for consistency and rim thickness. Lapua makes two types of case diameters for target and standard chambers. Probably the finest target round ever made is the now discontinued Federal Ultra match. We weighed and measured these rounds in our own secret laboratory and found them to have almost no discrepancies. When it comes to the best 22 target ammo you have to test each brand in your rifle to find out which is best for you. Right now for my CZ, I’m shooting Wolf Match Extra. My practice rounds are the very affordable CCI Blazer, but what do I know?

Tuning your squirrel rifle can be endless with the semiautomatic and quite a bit for the bolt action. If you can get away with it don’t clean your barrel that much. It is well known among bench rest shooters that it takes at least 30 shots to develop what is known as the “Merrill Ring” basically dirt around the chamber that affords a tighter fit for the cartridge. A little Bore Butter around the chamber will hasten the process (bolt actions only). A 22 gets shot a lot, not much kick but after a quick thousand rounds of practice you really need to glue down your scope mounts so they won’t loosen. I’m not going to talk about adjusting or working on a trigger. Of course I do it, and you will too. Just remember, this is a hunting rifle and the mechanical safety must work, even if you have to sacrifice some trigger pull.

It is certainly vital that you learn both bench rest techniques and the off hand shooting style. The advanced division of the Top Gun Challenge takes you from short range bench rest shooting to metallic silhouette shooting that requires off hand shooting skills all the way out to 100 yards. Yes, you shoot both bench and standing at Top Gun with the same rifle. This is the frustrating part we love about this game.
Just plain good shooting skills will increase dramatically, but it helps if you have a shooting coach or mentor that knows the ropes. I’m always available on Foremosthunting.com Forum where I’m known as Uncle John, if you didn’t already know.

Now, for the ultimate test of both the rifle and the sharpshooter, enter the Black Death target. This is the most frustrating test for both man and shooting machine ever devised to drive a sharpshooter crazy. There is the standard version used for competition and a ten ring multiple centers used for perfect zeroing of the high grade squirrel rifle. To max the Black Death target you must be absolutely perfectly center with a tiny 5 shot group, because if you are off slightly and one bullet hole cuts into the black portion of the target, the entire score is nullified. It is one thing to shoot a tiny 5 shot group, but to put this group dead center on the target at 25 yards, the average distance where small game is taken, is far more frustrating than most shooters can handle. That’s what makes it so much fun in competition as 80% of the players are wiped out, including me. Just trying to do it in the back yard range can take days. 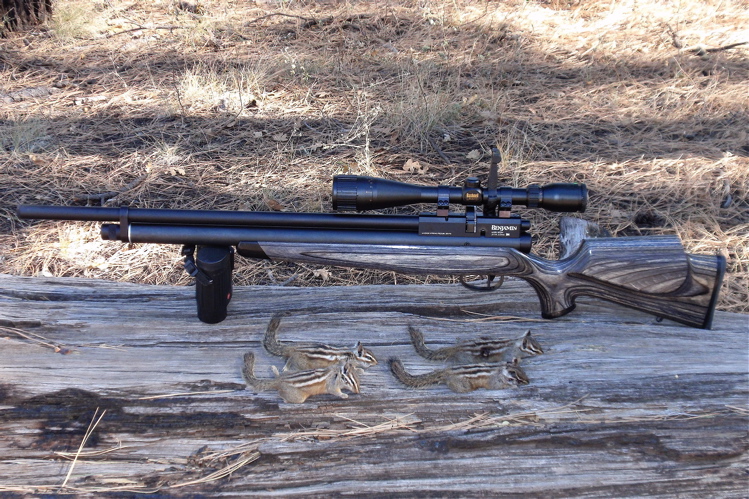 But don’t feel bad. Less than 100 shooters in the last ten years, world wide have officially maxed the Black Death target just one time. Those that have broken the barrier seem to have done it many times. With this group was established the National Order of the White Feather.

Attaining the White Feather is like making a Black Belt in a martial art. It honors the man, Carlos Hathcock, the unsung Marine hero scout sniper of the Vietnam War, and the 22 rifle that is used to train every young shooter that ever developed the Hawkeye of the American Sharpshooter. When you max a Black Death target you have truly accomplished something special in the shooting world. Here is a little hint; those who seek to collect the turban of Osama Bin Laden have played this little game too.

Once you get pretty good at this, there is a place to play the game with all your shooting friends. Each year they gather at Fort Polk Louisiana, the Home of the Top Gun Challenge rifle match. Each year people learn more about the .22 rifle in its sporter version than any place on earth. Each year you find that those who compete could care less about winning, as promoting the shooting sports, teaching and learning and good sportsmanship, far outweigh the act of winning Top Gun. The motto of the Top Gun League of Sharpshooter is “If you can shoot we will make you better.” Come and join us and see what I mean.