Lots of news about chronic wasting disease arrived by email, answering machine and calculator-keyed analyses during May.

— Preliminary results from a study starting in 2009 show that five of 18 macaque monkeys exposed to CWD contracted the always-fatal disease. Three got sick by eating CWD-infected materials, two from meat and one from brain matter. The other two got sick after their brains were injected with CWD-infected materials.

Results aren’t yet in on the study’s other 13 macaques. The research is led by Stefanie Czub at the Canadian Food Inspection Agency, and funded by the Alberta Prion Research Institute. Macaques are genetically closer to humans than squirrel monkeys, which previously were found susceptible to prions, the rogue protein that triggers CWD.

— Only 10 percent of deer shot in Wisconsin’s four most-diseased counties – Dane, Iowa, Sauk and Richland – were tested for CWD during 2016’s hunting seasons.

— If those numbers indicate the counties’ CWD prevalence, untested venison from about 3,537 diseased deer will be consumed unknowingly by hunters and their families this year.

When asked about such numbers, former Natural Resources Board chairman Dave Clausen of Amery said: “This is one of the most outrageous human susceptibility experiments in history.” 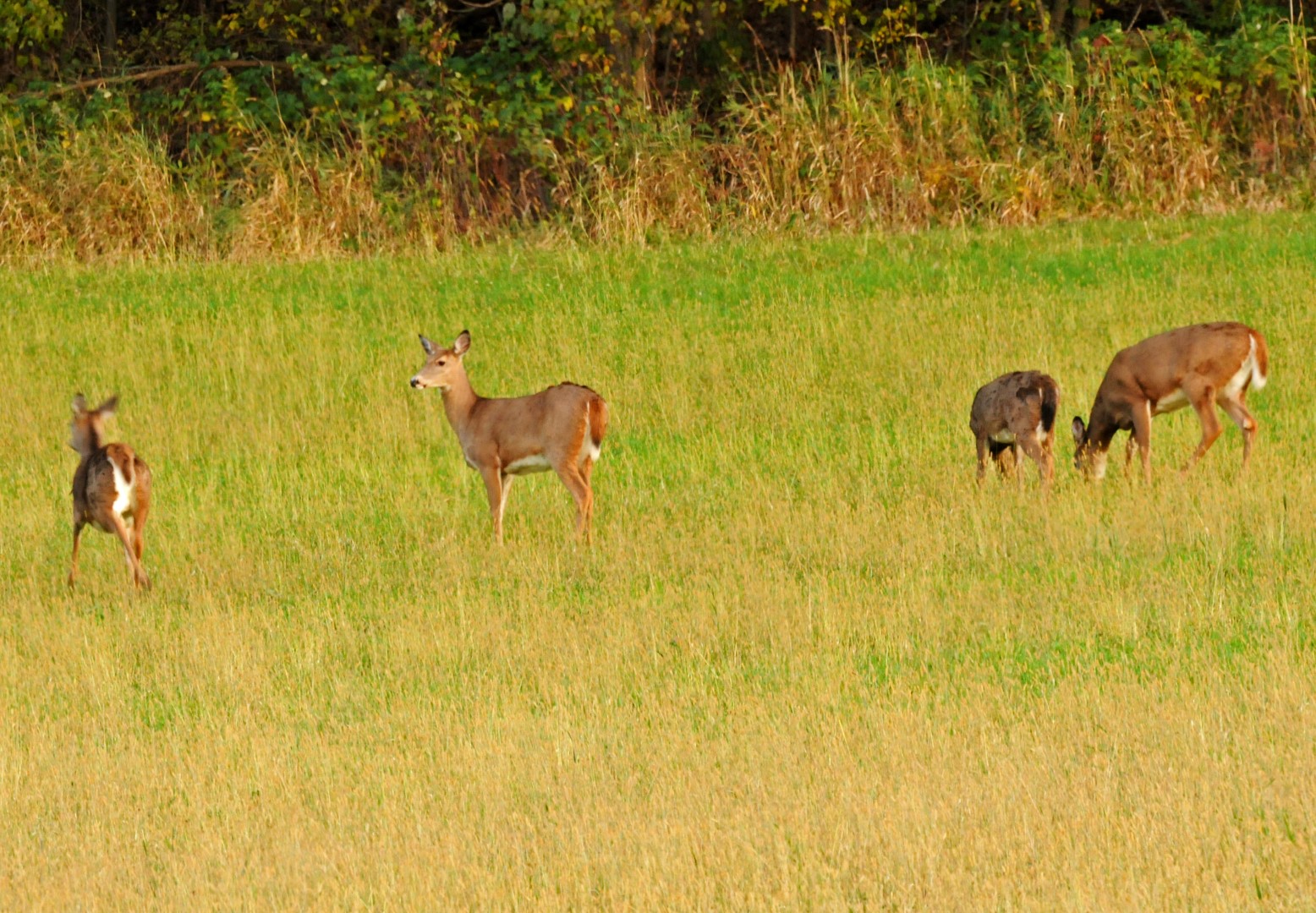 — Since CWD was discovered in December 2013 in a 5-year-old buck shot inside fences at the Wilderness Whitetails deer farm in Marathon County, 24 more deer there have tested positive for CWD. Three were found in 2014, nine in autumn 2015 and 12 in autumn 2016.

The preserve currently holds 310 deer on 351 acres, and tested 242 for CWD from January 2014 through December 2016, according to Wisconsin’s Department of Agriculture, Trade and Consumer Protection. Starting in 2002, Wilderness Whitetails tested 373 deer before finding its first case 11 years later.

— Since CWD was discovered in December 2015 in a 3-year-old buck shot inside the fence of the Three Lakes Trophy Ranch in Oneida County, six more deer there tested positive, including five in autumn 2016. The preserve currently holds about 545 whitetails on 570 acres, and tested 30 the past two years, according to DATCP.

— Since CWD was discovered in September 2016 in an 18-month-old doe killed inside the fence of the Apple Creek Game Farm in Oconto County, seven more deer there tested positive last autumn. The preserve currently holds about 1,858 whitetails on 1,363 acres, and tested 466 in 2016, according to DATCP. Starting in 2009, Apple Creek tested 1,192 deer for CWD before finding its first CWD case last year.

— The Three Lakes and Apple Creek deer farms have a second barrier, a three-strand electrical fence, surrounding their enclosures, according to DATCP, which said Wilderness Whitetails does not have “enhanced fencing.” 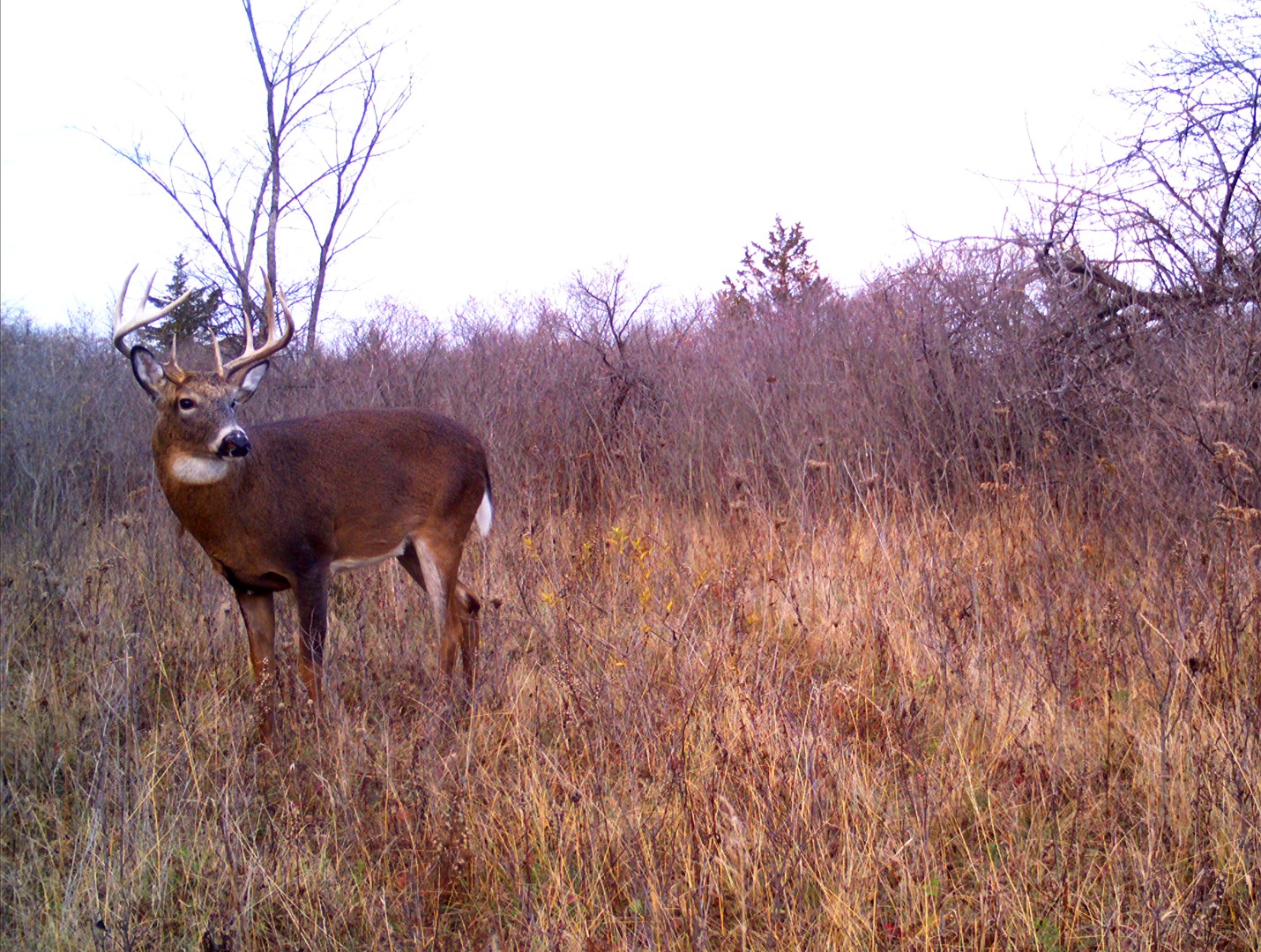 Is CWD being taken serious enough across the state of Wisconsin?

— DATCP doesn’t expect to “depopulate” any of the three Northwoods facilities, which continue to sell “hunts” to paying clients. Instead, all deer killed at the farms must be tested.

The last time DATCP exterminated a captive herd was November 2015, when it killed 228 whitetails inside a 10-acre facility in Eau Claire County, and paid its owner, Richard Vojtik, $298,770 in compensation. Thirty-four of those deer carried CWD (15 percent), and two bucks with CWD escaped before the herd was destroyed. The two bucks roamed free five months before being shot and tested.

McGraw doesn’t think the three facilities pose a significant threat to Wisconsin’s free-ranging Northwoods deer, either by escaping or by interacting along the wire-mesh fencelines with wild deer. “We have CWD in Wisconsin, and there are lots of ways prions can move,” McGraw said, adding that CWD could be spread by feeds, plant materials, tainted soils or bones from infected carcasses.

Richards said the facilities’ high numbers of CWD-positive deer pose an “ongoing risk of disease escaping into the wild.” In fact, Richards said those numbers are “reminiscent of the Hall Farm in Portage County where prevalence reached nearly 80 percent” in the 70-acre enclosure when DATCP killed its 76 deer in 2006. Sixty of those deer had CWD.

Meanwhile, the DNR says little about CWD. Its deputy secretary, Kurt Thiede, spent 30 seconds discussing CWD during his 18-minute address to the Wisconsin Conservation Congress at its statewide convention May 12 in Oshkosh. 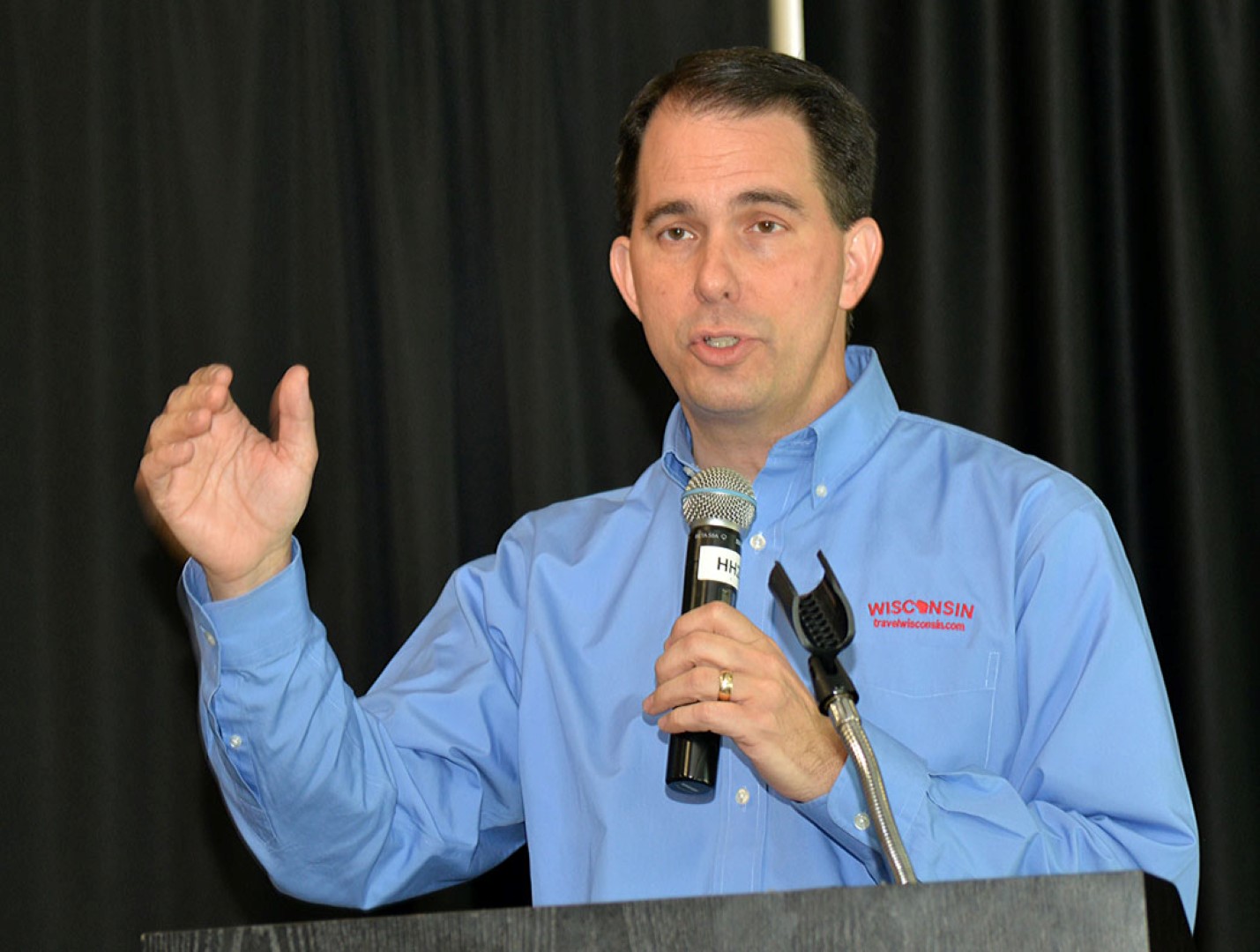 Wisconsin Gov. Scott Walker addresses the Wisconsin Conservation Congress on May 12 in Oshkosh.

Soon after Thiede’s talk, Gov. Scott Walker used about two of his 22 minutes at the podium to share some “good news” regarding CWD. That is, if you got your deer tested in 2016, you received your results in less than 10 days. As recently as 2012 the DNR averaged 20 days to send results.

Folks, if that’s the only CWD information this administration shares willingly, it knows nothing about news – let alone CWD’s risk to Wisconsin’s deer herd.