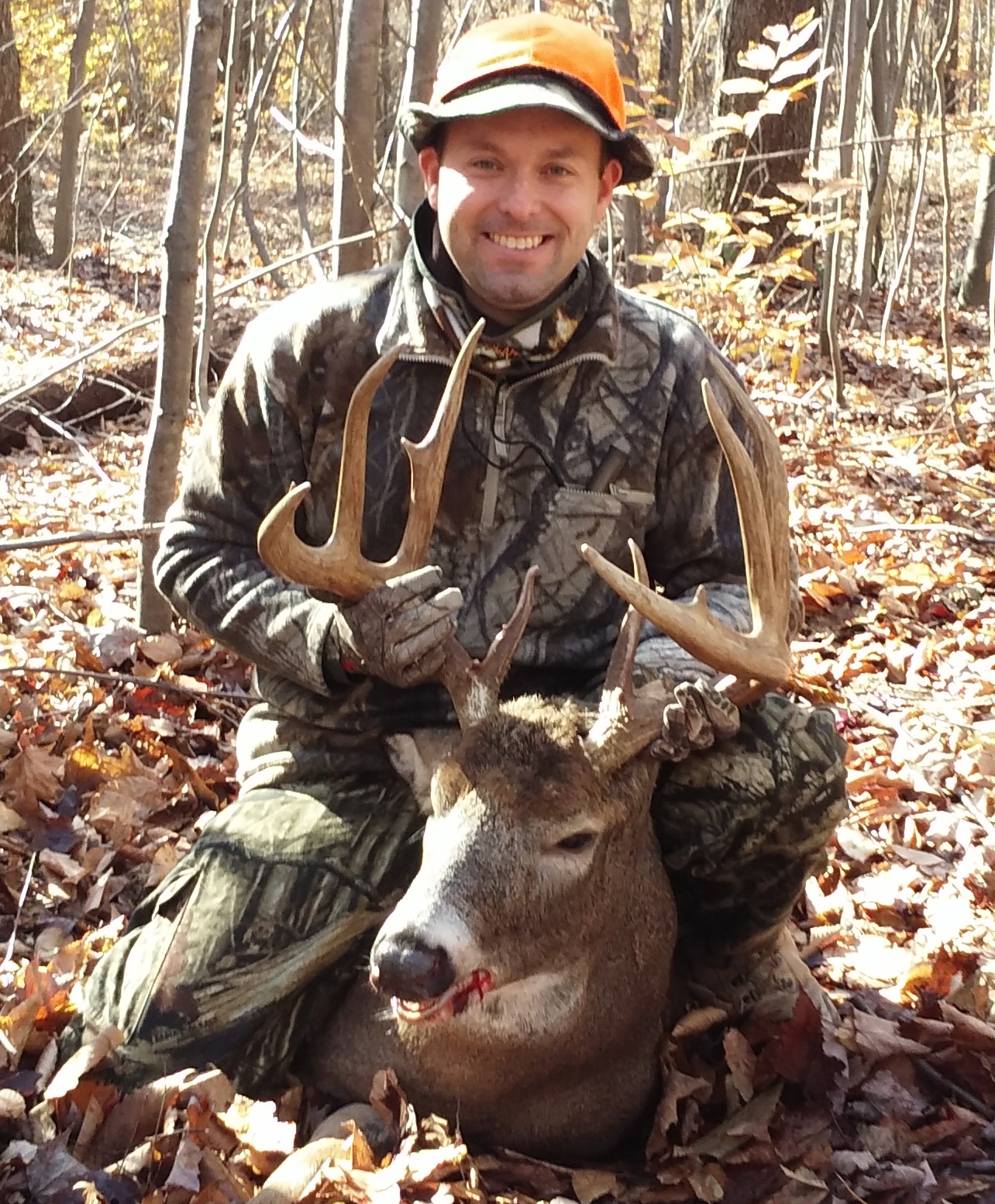 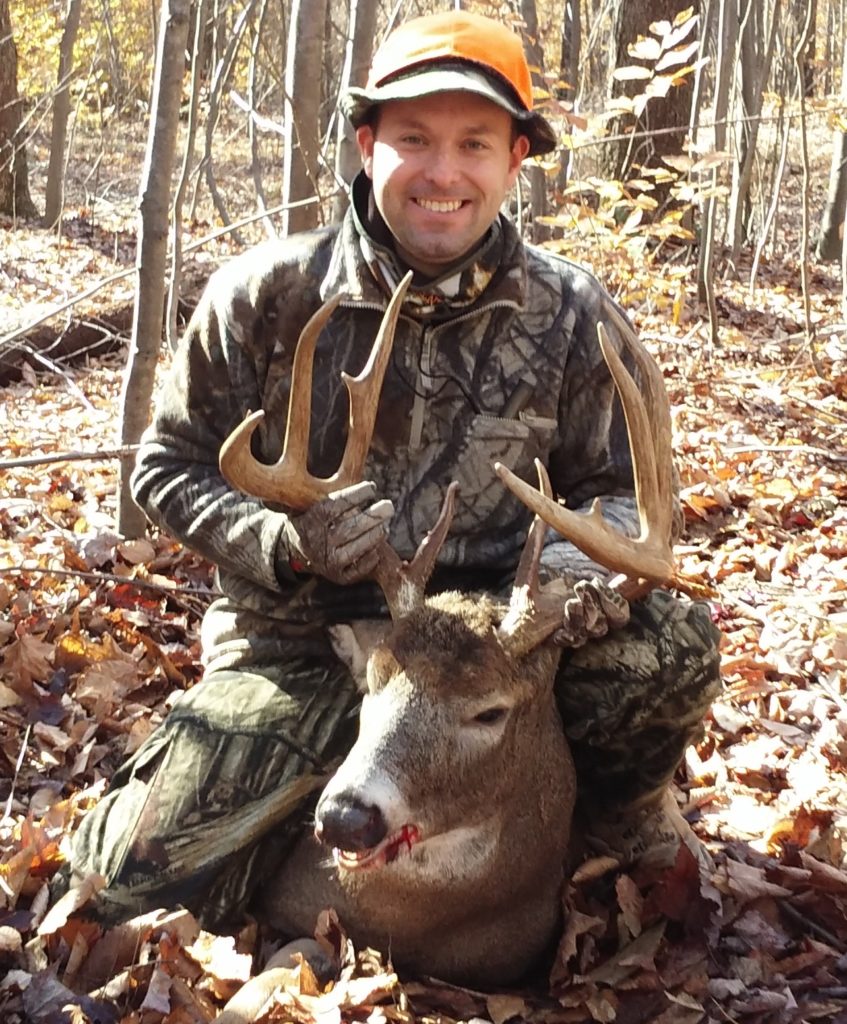 Steve Kress with his Pennsylvania public land buck, which scored 140 inches. Kress is a devoted follower of the DDH annual calendar that includes the lunar and rut forecasts.

Each year D&DH publishes a Whitetails Wall Calendar that includes predictions from deer researchers Charlie Alsheimer and Wayne Laroche for when the seeking, chasing and tending phases of the rut will occur in the North and South.

Each year, hunter Steve Kress of Jonestown, Pa., uses the calendar to determine when peak rutting activity will take place on Pennsylvania’s State Game Land (SGL) 036 in Bradford County. It’s an area he has hunted for decades. 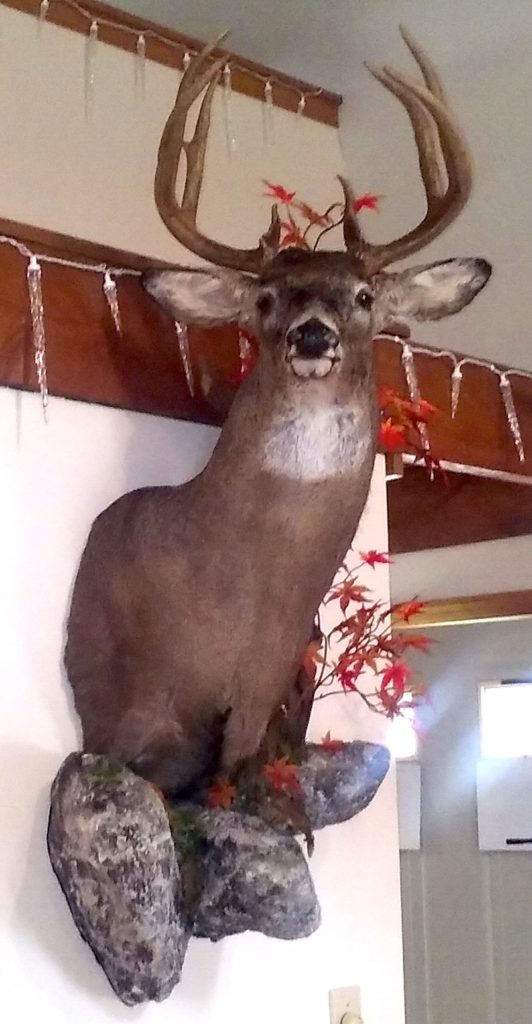 The big 140-inch buck was definitely going on Steve Kress’ wall at home!

On the morning of Nov. 5, 2016, Alsheimer and Laroche’s rut predictions were dead on. As Kress carefully picked his way through a valley, he spotted a doe being chased by a small spike horn. Kress stopped to watch the action.

“I sat down and waited, and within an hour I saw five other bucks come by following the hot doe’s path,” said Kress, who is not only a dedicated still-hunter, but also works as a police officer in nearby Allentown. “All of them had their noses to the ground following the doe’s scent, but none of them were legal to take.”

Where Kress and his buddy hunt, bucks must have at least three points on one side to be legally harvested. Nonetheless, the piping hot rutting activity was a good sign for Kress, so he decided to stay where he was to see if any other bucks would come looking for romance.

At around 11:30, Kress’ friend texted him to tell him he was heading to camp for lunch. Thankfully, the action Kress had witnessed gave him all the impetus he needed to stay in the woods. After about 10 minutes, he saw no more activity, so he moved on.

“I thought the deer had probably moved to higher ground into some thick brush, so I headed north to see if I could find any of them hiding out,” he said.

Within minutes, Kress spotted movement to his right. All he could see were antlers. Like the other pursuers, this buck had its nose of the ground to try to find a doe ready for breeding. The buck carried impressive headgear. As the buck walked to the Northwest, Kress knelt on one knee, raised his crossbow and waited for a shot. 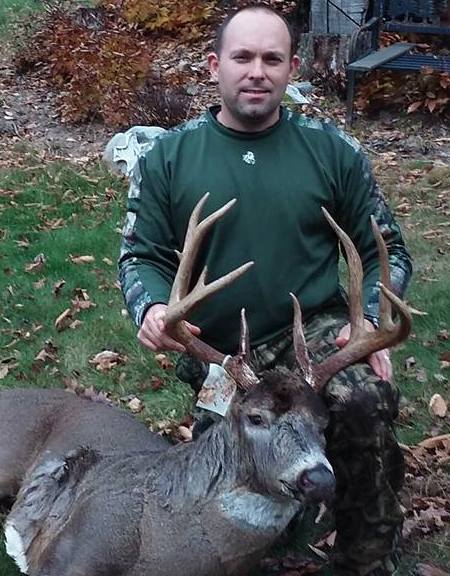 After getting the buck out of the woods, Kress still couldn’t believe how much rutting activity he saw and credits that to hunting when the DDH rut prediction calendar suggested.

Unfortunately, the buck stayed out of bow range. Kress put his grunt tube to his lips and blew two shorts bursts through the deer-come-hither device.

“The buck stopped, snapped his head up and looked in my direction,” Kress said. “His body language indicated he wasn’t happy hearing those sounds. He walked closer about 15 yards, put his head back down to the ground, and I shot.”

The buck leapt into the air, walked a few steps, then laid down in a ground depression. All Kress could see were the tips of its antlers. After waiting 20 excruciating minutes, the hunter carefully approached the downed deer. The hunt was over.

“My first thought was ‘Holy moly,’ I can’t believe how big he is!”

The 11-pointer scored about 140 inches – an indisputable giant taken on public hunting land in the Keystone State. The deer tops anything Kress has ever seen, let alone taken, on SGL 036.

Maximize Your Deer Season Planning With the 2017 Whitetails Wall Calendar!

From Deer & Deer Hunting magazine, the 2017 Whitetails Wall Calendar is your top deer hunting resource! Utilize this deer moon phase calendar to find out which days the deer will be seeking and chasing, so you can time the rut for the best time to hunt.

Get your calendars now!