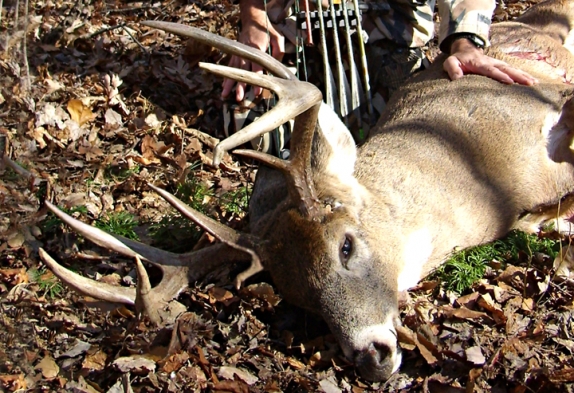 When hunting a deer,you must learn how to kill it with weapons like shotgun. We all know the perfect shot has been written about and illustrated many times. But there is a difference in shooting a deer through the lungs and watching him run, or shooting directly through the shoulder and dropping him right there.

If you zero for 50 yards dead on you will find you are right on at 100 yards with most standard deer rifles. I’ll use the 30-06 with 165 grain bullets as a norm, but the 7mm/08 with 140 grain bullets, the 270 with 150 grain bullets and the 325 WSM with 220 grain bullets all do about the same thing. The target area is about the size of a paper plate or a sheet of typing paper, smaller than the 18 X 18 inch kill zone told by most experts. The old saying “Aim small, miss small,” is a better idea in this case. 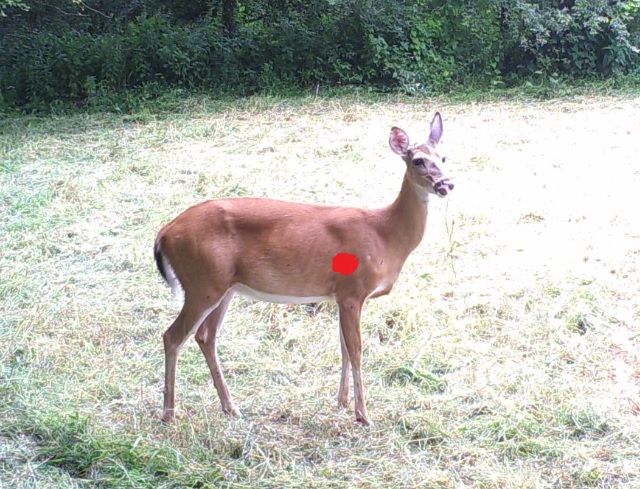 Follow the leg straight up until you reach the center of the shoulder. You can hold dead on all the way out to 150 yards with nothing to worry about. From 175 to 250 yards aim at the upper quadrant of the animal or just under the hump. At three hundred yards aim for the hairline of the back on the same vertical line and you should get a high heart shot. All of this will break bone too and shock the brain, thus causing the knock out, DRT. This is shooting to kill.

Never ask a bowhunter how to shoot a deer with a rifle, it is completely different. A bowhunter needs to avoid the shoulder shot, while any high powered rifle bullet with a little more punch than a 30-30 will go right through the biggest deer in the woods broad side shoulder or not. If it doesn’t you will kill the deer any way.

Now take a look at that buck again. Do you really care if you mess up a little shoulder meat. He is going to be tough as nails anyway so this is a trophy shot. If he runs it might be across a property line or right to another hunter who will claim that deer right or wrong. If you do get your deer back that guy will go around for the next 40 years claiming he killed it and you took it away from him. Obsessions over trophy deer do in fact go that far. This is why I say shoot to kill.

Many think blood trailing an animal is some sort of a challenge. This is a necessary part of bowhunting with a different philosophy. However looking at this from the gun hunter’s perspective, having to blood trail a gun shot deer is an aggravation more associated with poor marksmanship or bad bullet performance. Simply, if you are going to gun hunt, shoot to kill. 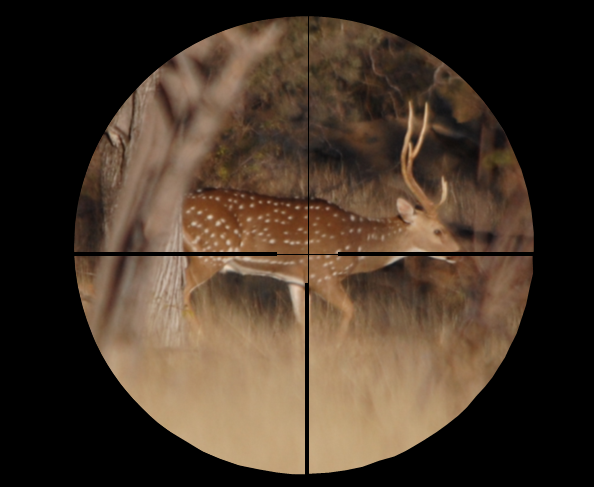 On the deer meat situation, I have two options I can butcher the deer at home or go four blocks away and have the meat processing shop do it. Either way I don’t see a lot of meat wasted due to one clean gun shot, nor will I pass up a lethal knock down shot, fooling around with saving about a pound of hamburger.

In most reality hunting situations, contrary to the fantasies seen on the Outdoor Channel, you only have a 5 second window of opportunity to take a shot, so it is a good idea to visualize the shot before hand. See the shot through in your minds eye, imagining how you want the deer to be standing and get the range of the shot down before hand. A laser range finder will eliminate the guess work, but use it to set up a field of fire around your stand, not waiting until you see a deer to range it as it will probably be too late. Subsequently, you prepare your mind to shoot to kill before hand.