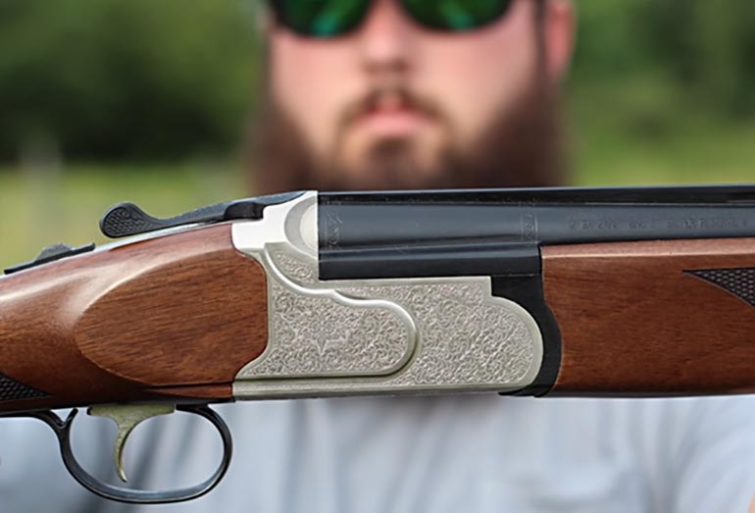 Think of those classic old photos you’ve seen of hunters in a South Dakota upland field in search of pheasant. They usually were carrying a break action shotgun, box-lock over/under or side-by-side. Those iconic scenes made other hunters want their own double gun, either for pheasant, ducks, sporting clays or skeet.

The problem was, the biggest cost in producing a shotgun is in the barrel(s) and a decent over/under or side-by-side field gun cost more than a lot of hunters wanted or were willing to spend. That situation led to a lot of gun makers sourcing much more affordable shotguns from overseas, usually Turkey. Enter O.F. Mossberg & Sons’ introduction of their Turkish-made Mossberg International Silver Reserve series back in 2013.

The line has been improved and expanded since it was first rolled out to include both field and sporting models in all four popular gauges and barrel lengths from 26 to 32 inches. They also offer a Bantam model for kids or smaller-frame shooters. All but one come with five-choke sets and Mossy even offers a couple of two-barrel packages; a 12/20 option and a 20/28 pair. Mine is the Silver Reserve II Field model with 28-inch tubes and extractors.

The Silver Reserve II is chambered for three-inch shells and the slim aluminum box-lock receiver is engraved with scrolling for a classic look. 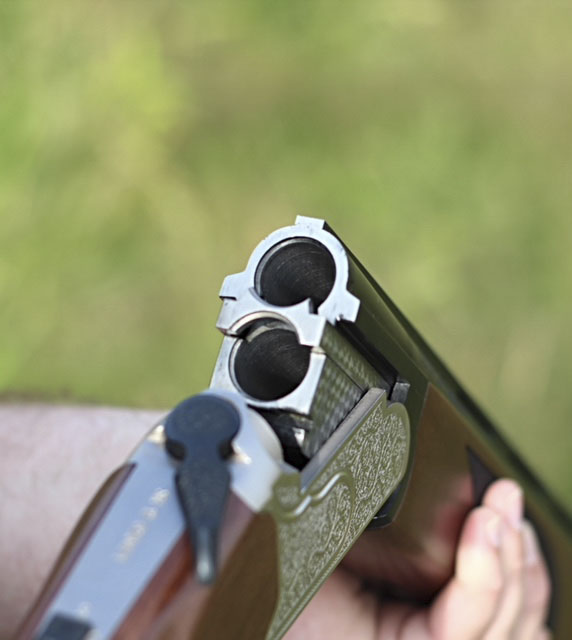 Mossberg has jeweled the monoblock and equips all of its field guns with extractors (the sport models have ejectors). For me, that’s a  plus as I don’t have to chase my empties. Your mileage may vary. 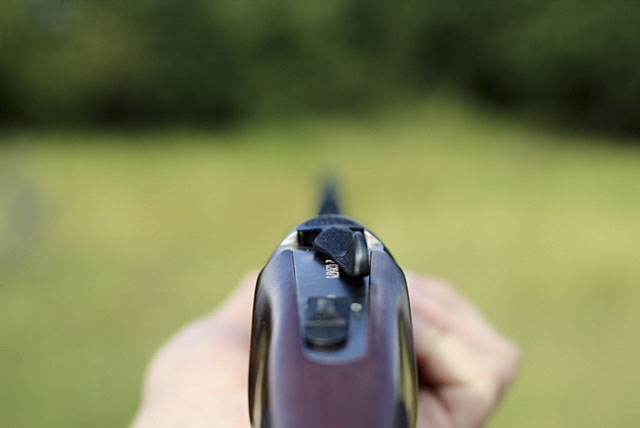 There’s a combination barrel selector and safety switch on the tang, which is common on most over/under shotguns. 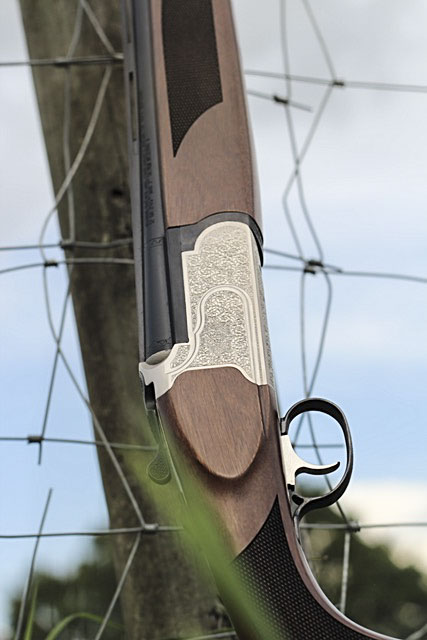 Happily, the safety isn’t automatic. Some makers design a safety that engages every time the shotgun is broken open. In my experience, that results in a lot of missed birds. I’d rather be responsible for engaging and disengaging my own safety. 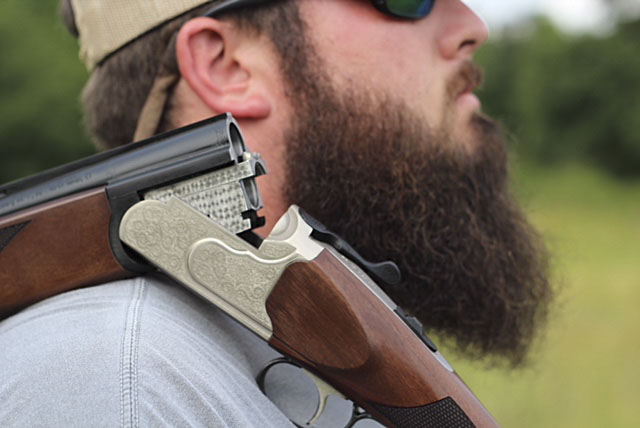 The Silver Reserve II has a checkered back walnut stock and fore end. The checkering isn’t aggressive, but provides the shooter with a solid enough grip on the gun. There’s a slim rubber butt pad that doesn’t snag when mounting the shotgun. 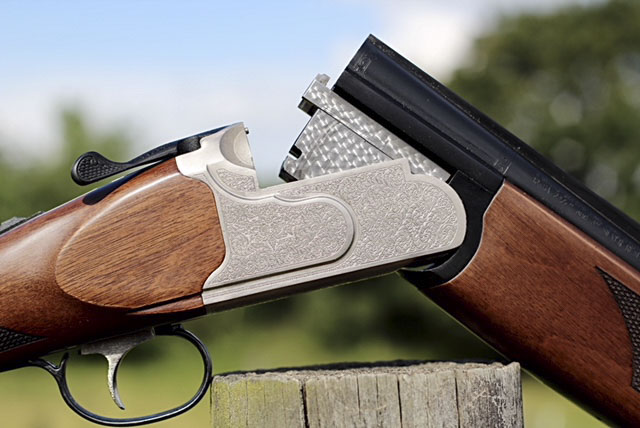 The wood-to-metal joins are clean and reasonably even, probably better than you’d expect in a budget priced over/under like this. 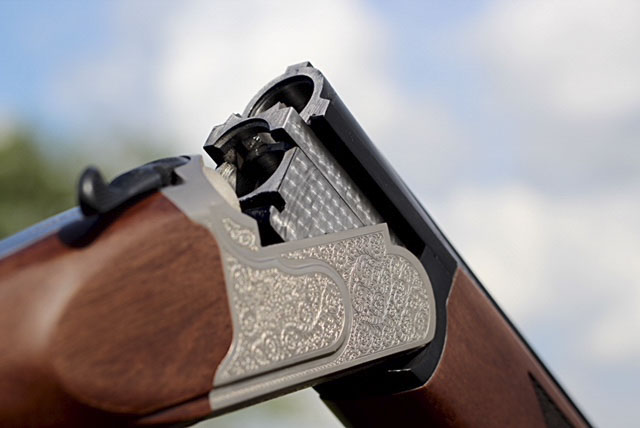 The Silver Reserve II’s chambers and barrels are chrome-lined.

I took the Silver Reserve II out and put a variety of loads through it. The 7.5 pound gun mounts easily, swings smoothly, tracks naturally and busts clays whenever I do my job of putting the bead on the (clay) bird. In short the Silver Reserve II Field model gives the average shooter an outstanding value in a full-featured shotgun that will do a variety of jobs and look good doing it. 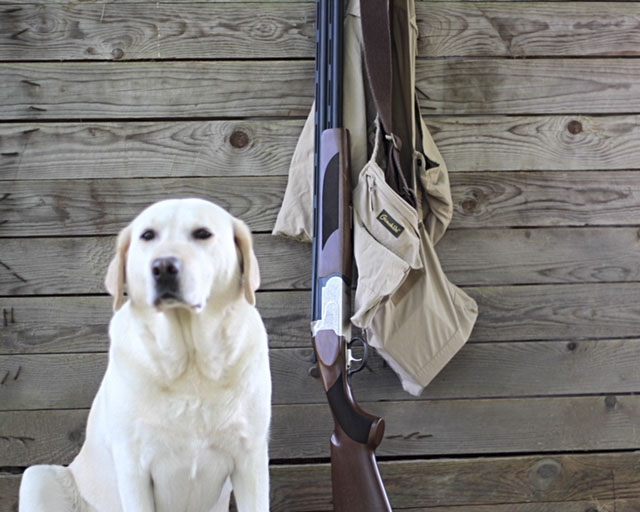 Ratings (Out of five stars)

Style: * * * * *
This is an affordable over/under that features attractive scroll work on its silver receiver with nicely blued barrels. The black walnut stock looks good and the overall effect is stylish. The Silver Reserve II looks like it costs more than it does.

Ergonomics: * * * *
The checkering isn’t deep, but it works. The Silver Reserve II’s 14-inch length of pull might be a tad short for some larger shooters, but you can always shim the rubber but pad to add some length. At 7.5 pounds, the shotgun has enough heft to absorb some recoil while being light enough to carry in the field all day.

Build Quality: * * * *
Very good, especially for the price point. The finish on the walnut stock is smooth with a nice sheen. Bluing is even and un-blemished. The wood-to-metal joins aren’t sloppy or uneven.

Reliability and Accuracy: * * * * *
An over/under is kinda like a bolt action rifle. While it’s possible for something to go wrong, it rarely does. The Silver Reserve II reliably powdered everything I pointed it at. And with minimal cleaning and maintenance, I expect it to keep doing that.

Overall: * * * *
The Silver Reserve II field gun is a pleasure to shoot. After shooting semi-autos for years, I’d forgotten how much I like an over/under. The classic silver scrolled receiver looks good in contrast to those blued barrels and puts a reliable, attractive over/under within reach of just about any shooter.