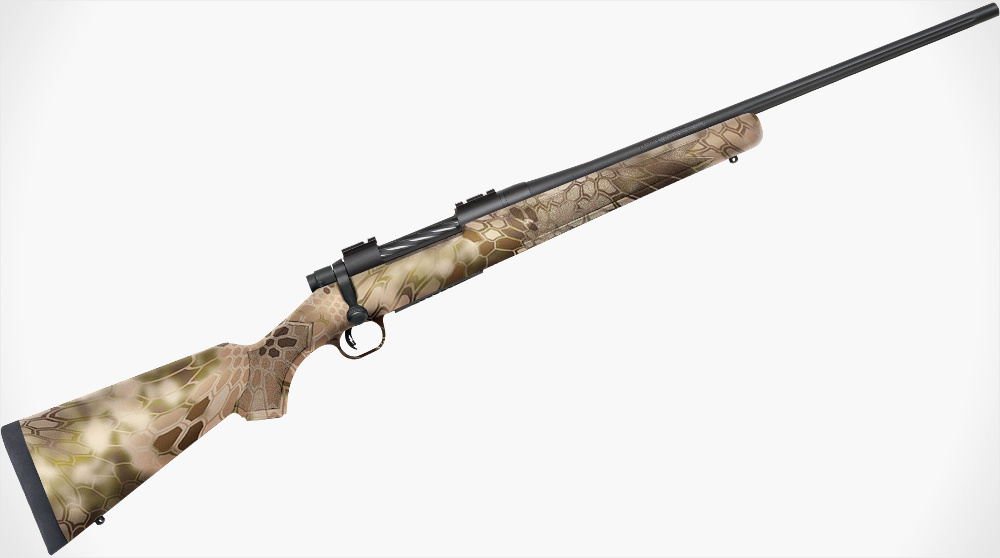 Mossberg has given its Patriot bolt-action shotgun series the Kryptec camo treatment starting with Kryptec’s Highlander camo pattern. The Highlander pattern is one of the more flexible designs that will blend into a wide range of terrain.

The Patriot series is a traditional-type bolt-action rifle that was launched at the top of this year. It encompasses more than 60 variants including the new models with Highlander stocks and matte blue finishes in .243, .270 and .308 Winchester, .30-06 Springfield and .300 Winchester Magnum. 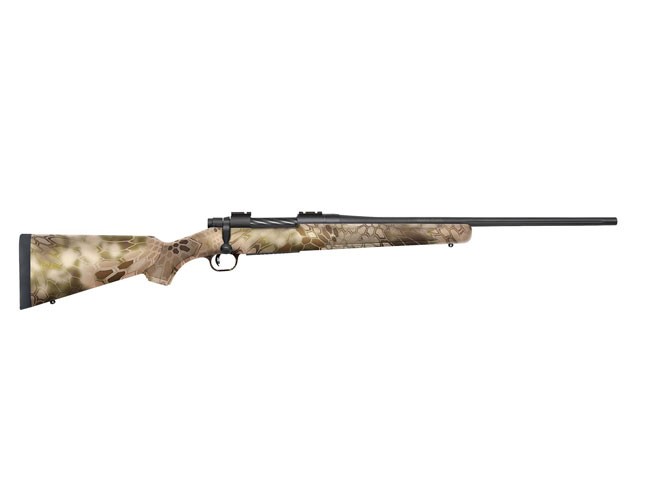 Like other Mossberg Patriot shotgun the Highlander models are fit with Mossberg’s Lightning Bolt-Action or LBA Adjustable Trigger System that’s user-adjustable to offer a trigger pull weight ranging from 2 to 7 pounds. Other target rifle features include a fluted barrel with a recessed, target crown and a fluted bolt.

The stocks are equipped with sling swivel studs and incorporate traditional lines with a straight cheekpiece and a rubber buttpad to cut down on felt recoil. The action is bedded in a polymer block designed to lock in the action while providing long-term bedding support.