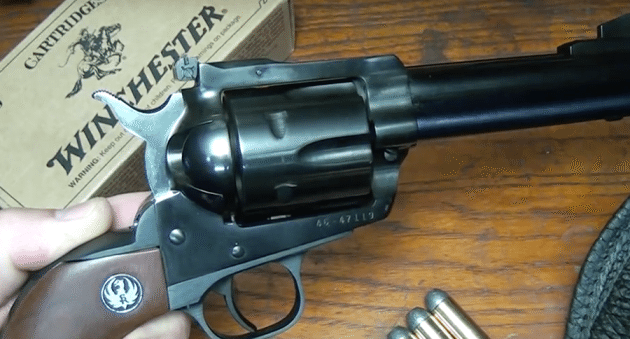 Cowboy shooting is the ultimate in close quarter battle. Staring down your opponent and realizing the essence of speed and accuracy must meet in the middle to make you the victor is pretty exhilarating.

Drawing your pistol, hip firing, huge bullets, and style are all three things I associate with a Ruger Blackhawk. I had the opportunity to shoot one in 45 long colt and literally went out the same weekend and purchased one of my own.

The Blackhawk offers the much more ruggedized frame that the Ruger Vaquero does not. The Vaquero is mainly used for competition and standardized box loads. But if you want to start getting into hotter framed cartridges or anything that requires a little extra stability, then the Blackhawk comes into play.

Shooting with the Blackhawk was new to me. I had fired revolvers before but they were double action and to be blunt, I hated the heavy trigger pull. I was used to my crisp four pound trigger pull of the Kimber 1911 that I own and thought a heavy double action trigger was not for me.

Matching the 357Magnum Blackhawk with the Henry Big Boy Carbine I also own, The 357Magnum rifle and pistol package is pretty sweet. I feel taken aback to the old world western shooting lifestyle. Shooting from a carbine, then switching to my single action Ruger Blackhawk should be as nostalgic as humanly possible.

There is definitely a unique style that is required to be comfortable with these older platforms but remember one critical thing. Ballistically these old guns are still on par with contemporary weapons of today. These 19th century weapons are still viable options to defend yourself or your home, especially where restrictive states won’t let you purchase newer weapons.