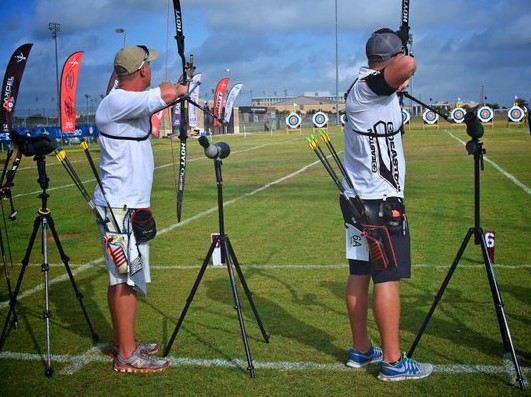 About 18 months ago we predicted twin brothers Sean and Daniel McLaughlin were archers to watch. Today, they’re officially Rio 2016 hopefuls, and their star is just starting to rise.

Their trip to the top won’t be easy – they’ve got their hands full in a recurve men’s field that features the world’s best competitors – but Sean ranks second in the Olympic trials after the first of three team selection events, and Daniel ranks eighth. That gives them a strong shot at making their first Olympics with Team USA.

“It’s going to be harder to make … our Olympic team than it has been since we got into the sport,” Daniel told TeamUSA.org. “Our top 10 to 12 guys have really stepped it up, and we’re getting some pretty good depth in the men’s field. Really, it’s anyone’s game this year.” 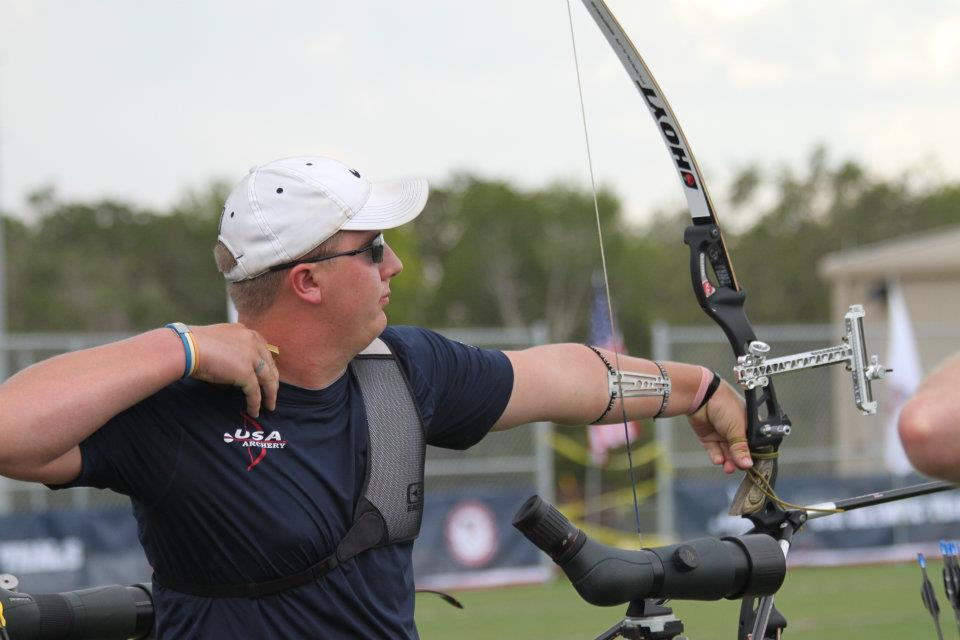 “The twins,” as they’re affectionately known by friends and fans alike, are Cincinnati natives who played soccer eight years before becoming Junior Dream Team athletes in their teens. This team is a USA Archery youth program that identifies talented young archers and fast-tracks them into the Olympic Training Center.
The program gave them access to more coaches, intensive training camps, and international competition. It also helped motivate the Rio 2016 hopefuls, who now train full-time.

“They’re willing to lend a helping hand all the time,” said Guy Krueger, assistant national head coach and U.S. women’s head coach, in an interview with TeamUSA.org. “They don’t give you any grief if you ask them to go above and beyond to help with something at the range, some cleanup or some type of maintenance. [It’s] always refreshing to see that.”

But even twins have different perspectives and personalities. Sean is described as “intense,” while Daniel is more mellow. But they consistently push each other to be better competitively, and have swapped spots in the national rankings more than once. Each has attended World Cups and World Championship events.

And more often than their parents would like, they compete against each other on the field. Head-to-head competition is not as hard as one might think.

“We’re probably pretty even at his point,” Daniel told TeamUSA.org. “We don’t keep a running tally anywhere. It’s not me vs. Sean all the time, it’s me vs. everyone. I’m sure Sean feels the same way about that.
“His goal isn’t to go out there and just beat me, but it is something we’ve had to do before and I’m sure we’ll have to do it again. It’s always in good spirit. You never get too upset when you shoot against the other one, just because it’s always a good match.”

As for Sean, his heart is set on a Rio 2016 spot, something he’s dreamed of for years.

“Everybody sets goals,” he said. “Especially when you join a program like the resident athlete program, you expect so much from yourself. When we have as many people shooting like they are right now, I can go out there and shoot the best I can, and on that particular day it might not be good enough. But at the end of the day, I’ll still be happy for those who shot well. I know we’ll be sending a really strong team. Would I like to be on that team? Absolutely. But am I going to be heartbroken if I don’t make it? No, I’m just going to work harder for the next one.”

And he’ll cheer for his brother, regardless of whether one – or both – punch their ticket to Rio.