The year 2012 came and went without a Mayan apocalypse. The undead zombie hordes still haven’t risen to eat humanity. Anarchy does not yet rule. That’s all good, except that the tactical shotgun you bought just in case isn’t getting much exercise. So take it deer hunting already.

In a soft shotgun market, tactical guns are the ones selling. A lot of first-time gun buyers these days get an AR-style rifle or a handgun first. Then, when they buy a shotgun, they choose an inexpensive tactical model and try to make it work as their all-around shotgun. (I ran into a guy in a dove field this season who had a Mossberg 500 tactical model slung military-style across his chest.) I’ve seen people at my local store buy tactical-style guns for deer and turkey hunting, and I have hunted turkeys with tactical-stocked shotguns myself.

Tactical shotguns look exactly like the guns I wish I’d had when I started driving deer in slug country years ago. They come with sights that are faster and better than regular irons, and some have rails for optics. They have short handy barrels and sling swivels. They hold a lot of shells (check your state’s regulations—some limit slug guns to three shots). Their smooth bores and their ­cylinder-​bore chokes pair well with inexpensive, full-bore slugs to give good accuracy to 80 yards or more.

I chose four and fired them at the range to find out what you need to know to take a tactical shotgun deer hunting.

Pump action in black synthetic with a five-round capacity, an 181⁄2-inch cylinder-bore barrel, and a ghost-ring sight. Weighs 7 pounds 4 ounces. $419;

Pump action with a fixed cylinder bore, a collapsible stock, an eight-round capacity, a side saddle mount that holds five extra shells on the buttstock, and a ghost-ring sight. Weighs 7 pounds 2 ounces. $661;

Pump action in black synthetic with a seven-round capacity and an 181⁄2-inch barrel with a tactical choke tube. The receiver is drilled and tapped for a rail with an integral XS ghost-ring sight. Weighs 7 pounds 1 ounce. $572;

Likes: It has a 5-pound trigger. You can mount an optic easily.  Dislikes: The rear sight aperture is on the small side. I found the ringed forearm uncomfortable.  Best five-shot, 50-yard group: 31⁄8 inches.

Gas-operated autoloader in toxic green camo with a rail, a nine-round capacity, a front and middle bead, an enlarged magazine button and bolt handle, and tactical and Improved Cylinder chokes. Weighs 8 pounds 5 ounces. $1,599;

Likes: Recoil is soft. It comes with a high comb insert for optics use. The extended bolt handle and enlarged magazine button would be a plus in cold weather. Dislikes: The trigger is heavy. It has no iron sights. (I mounted an Aimpoint Micro red-dot scope on it for this test.)  Best five-shot, 50-yard group: 33⁄4 inches.

The Baby Huey of Slugs 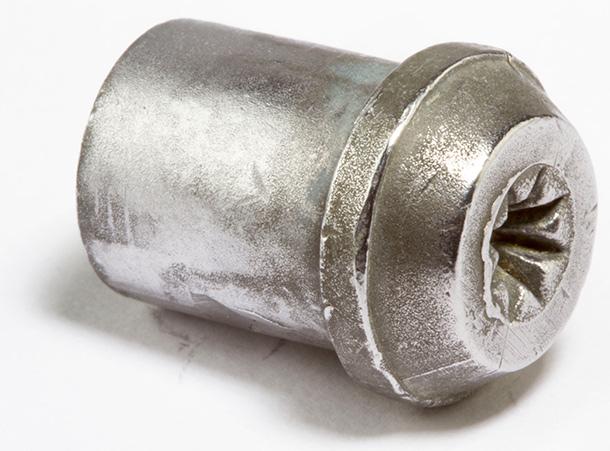 Lightfield Industries, maker of the very accurate attached-wad Hybred slug, also owns the heavyweight slug title. Its 13⁄8-ounce, 1890-fps, 31⁄2-inch 12-gauge Commander IDS Plus ($16.59 for five; litfld.com) generates 4,759 foot-pounds of muzzle energy, putting it in .458 Win. Mag. territory. It’s popular among Western fish-and-game and energy-company workers in bear country. I shot a couple of boxes out of my 870 Super Magnum turkey gun with an Improved Cylinder choke. I stood 20 yards from a target, pretended my life depended on it, and emptied the gun quickly offhand. I could hit a minute of grizzly with it. Recoil was stiff, but it hurts less than getting eaten.

I noted five important points about these guns:

1. Tactical stocks make sense. The collapsible stock of the Mossberg adjusts from 14 inches down to 10. When you’re bundled up on stand like Randy in A Christmas Story, a short stock won’t tangle in your layers.

2. Ghost rings rock. Peep sights are underrated for hunting, but the tactical craze is changing that. Ghost-ring peeps have a large aperture and a thin ring that seems to disappear when you look at the front sight. You ignore the ring, put the bead or blade on target, and shoot. They are very fast to get on target and surprisingly accurate out to 100 yards.

3. Tactical chokes and slugs can mix. The 870 comes with a typical “tactical” choke, an extended, ported chunk of steel with jagged edges designed to bite into doors for breaching. I have seen many questions on gun forums from anxious new gun owners who are wondering if they can shoot slugs through a tactical choke. Relax. Despite their evil looks, tactical chokes are just cylinder-bore tubes, and there is no problem shooting slugs through them.

4. Don’t clamp your style. Magazine extensions usually clamp to the barrel for support, and that can affect accuracy. The Versa Max sprayed slugs in 8- and 10-inch groups until I removed the clamp. Then it settled down to five shots into less than 4 inches. If you want to use a clamp (and you should to protect your extension) and keep the gun shooting accurately, try unscrewing the magazine extension by half a turn, then tightening the clamp. That trick worked perfectly when I replaced the clamp on the Versa Max.

5. Tactical shotguns can shoot. Matched with the right slug, a tactical smoothbore offers deer hunting accuracy out of the box. Forget sabots. They tumble in a smoothbore. Full-bore Foster slugs or attached-wad slugs perform best in an unrifled gun. My favorite Federal Truball Foster slugs shot best in the 870, Nova, and Model 500. The Versa Max shot Truballs and Lightfield Hybreds about equally well. Any of those guns would take deer to 75 yards and maybe more, and that’s a good thing, as a freezer full of venison will make the long wait for the zombie apocalypse a lot easier to bear.