4 Mistakes You Should Know About Deer Hunting

when we hunting,some accidents will happen.However, a part of accidents can aviod.As a hunter,we should take care yourself,especial when you hunt oneself. Here are four gear related deer hunting mistakes to avoid.

Not Knowing Your Gun

There are lots of places to shoot shotguns & bows, but the loud bark of a rifle and it’s long reach limit the amount of times most hunters fire their rifle. Preseason sighting is imperative and is a given. But I like to take my preseason shooting sessions a bit further. Shooting from a bench is a great way to zero in a gun. But very few of us hunt in a situation like that. After zeroing in a weapon, stand up and take a few shots leaning up against a post. Use your sling for a few shots. Practice shooting in a situation you anticipate hunting in. Most hunters can’t consistently shoot well at more than one hundred yards without sticks. Many of them need to see this for themselves before trying it in the field. That’s what this “practice” session is for.

Another good thing to rehearse that many people overlook is using the safety. 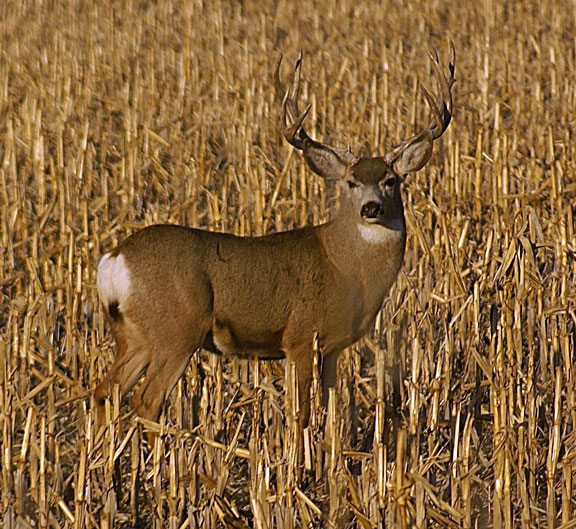 Good binoculars are literally worth their weight in gold to an outdoorsman. While I can not attest to the advantage of super premium binoculars because I have never used them, I do know the difference between cheap binoculars and very good ones. I started my hunting adventures with a pair of inexpensive hand me down binoculars. They fogged up, were difficult to focus, and due to their design, were hard to look through. When I began seriously, I made what has become one of the best purchases of my life. My Nikon Action EX 12×50’s set me back about $175. But they have more than paid for themselves. They are waterproof, never fog up, easy to focus, and offer great field of vision. They are in my truck throughout the season and are used for scouting deer, ducks, and turkeys in a wide variety of settings.

I do much of my hunting from the forest floor. I enjoy being at the same level as my quarry. It’s face to face. Mistakes are more pronounced. It’s fun! But there are times when being up in a tree is the only way to go. Having the right tree stand for your application is the difference between an enjoyable hunt and being miserable. If you primarily hunt public land, a climbing stand may be the best choice. If you don’t like climbing up small foot pedals in the dark, a ladder stand is the choice for you. Think about the kind of hunting you do. If you are hunting with a gun, a front hand rail is beneficial. It would be in the way of a bow hunter. Take a look at the platform. Is there enough room to turn your body for awkward shots? Is the seat wide enough for a long day on stand? Don’t buy a stand simply for price. And don’t forget a quality fall arrest system. Your children, spouse, employer, and the government depend on you.

Some people swear by their GPS. If you hunt large tracts of land, a GPS can be an invaluable tool. 90% of my hunts are done in farmland areas with plenty of landmarks and quick access to tractor paths and roadways. Getting lost in this situation is nearly impossible. I also hunt national forests and get out to the massive, wild expanses of the Rockies when I can. Not too long ago, I carried a compass. But these days a GPS is the way to go. A few years ago, I hiked a few miles deep into the Chequamegon National Forest to hunt a mostly untouched area of the forest. When I felt assured that I was far enough in to avoid seeing another hunter, I set my stand. An hour later, the sun began to crest the eastern sky. Then I heard the sound of hounds getting closer. The truck they were riding in passed by my stand less than 100 yards away.