Florida turkey hunting is unique for another reason. It’s also the only place in the world where the Osceola subspecies of wild turkey is found. And Turkey season has arrived and it’s time to get in the woods! 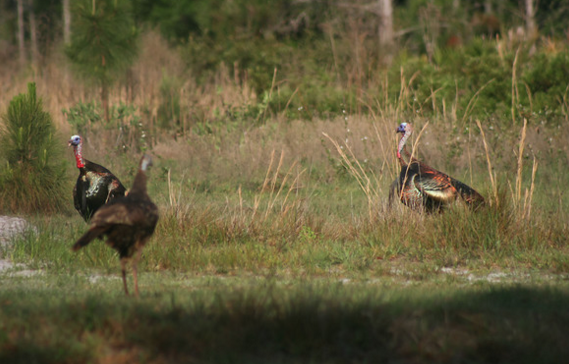 March 4 marks the opening of Florida’s spring turkey season on private lands south of State Road 70, one of the first opportunities in the country for hunters to pursue this impressive game bird.

Also known as the Florida wild turkey, the Osceola subspecies lives only on the Florida peninsula. It’s similar to the eastern wild turkey subspecies, which is found in north Florida and throughout the eastern United States, but tends to be smaller and darker with less white barring on the wings.

Hunting wild turkeys is popular in Florida and throughout North America. One reason people enjoy it is the range of calls wild turkeys make. The most recognized call is gobbling, which is most often associated with male birds, or gobblers, during spring when they breed. The gobbler will fan out its tail, puff out its feathers, strut and gobble to attract hens. Hunters pursue this wary bird by imitating various turkey calls to bring gobblers in close. Getting to see a male wild turkey’s courtship ritual is a thrill for new hunters as well as those with years of experience. 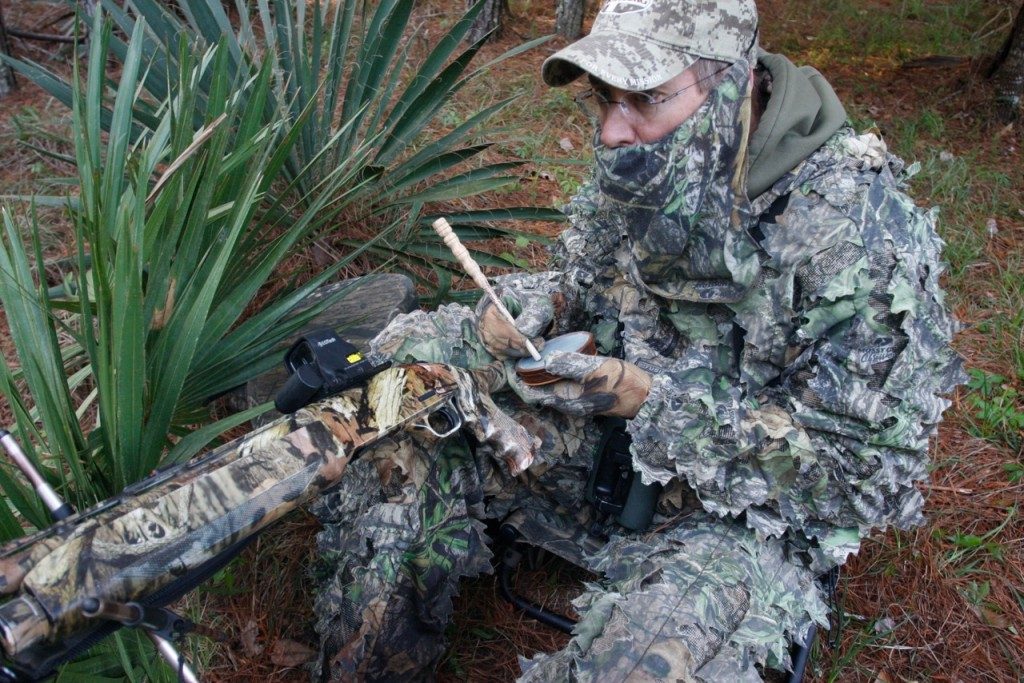 For those lucky enough to kill a gobbler, another benefit of turkey hunting is the meat provides a delicious and clean-eating alternative that’s leaner than store-bought birds.

“Spring turkey hunting provides a great opportunity for those who want a better understanding of where their food comes from and are interested in locally sourced protein that’s free of growth hormones, preservatives and antibiotics,” said Roger Shields, the Florida Fish and Wildlife Conservation Commission’s (FWC) Wild Turkey Management Program coordinator. “Another benefit of turkey hunting is the chance to get away from it all, immerse yourself in the sights and sounds of springtime in the woods, and enjoy the challenge of trying to call in a gobbler.”

Wild turkeys are an amazing conservation success story in Florida and across North America. They had almost disappeared by the turn of the 20th century, with populations remaining only in remote pockets of habitat. However, thanks to science-based wildlife restoration efforts, today Osceola and eastern wild turkeys are flourishing throughout the state.

“When hunters purchase firearms, ammunition and archery equipment, they support the hunting and shooting sports industry, which pays into WSFR resulting in millions of dollars for wildlife conservation to each state,” said Diane Eggeman, FWC’s Hunting and Game Management Division director. “When hunters purchase a Florida hunting license, they play a major role in this program because the amount of WSFR funding that comes back to our state for wildlife management depends on the number of hunting licenses issued. So we are always grateful to the shooting sports industry and each and every licensed hunter for their steadfast support of wildlife conservation in Florida.”

North of State Road 70, Florida’s spring turkey season on private lands opens March 18. Florida’s wildlife management area system also offers opportunities for turkey hunters, and because dates and regulations can vary, hunters are encouraged to review the regulations brochure for the WMA they plan to hunt. This year, Florida is celebrating the 75th anniversary of its WMA system. Florida’s WMA system, currently one of the largest in the country at nearly 6 million acres, has been a treasured piece of Florida’s hunting tradition since its establishment in 1941.