How To Judging A Pronghorn Antelope Buck In The Field

When I first started venturing away from my whitetail bowhunting roots and looking for new challenges in the field, the one critter that befuddled me a bit was the speedy pronghorn antelope of the American West and the high plains.

While antelope had fascinated me for years as a kid on family trips through the Western states en route to Colorado ski areas or trout streams, the sight of just about any set of jet-black horns silhouetted against the desert country’s blue sky made them all seem impressive.

Meaning this particular Texas-based hunter had a hard time distinguishing a good antelope buck from an average one.

Something – or better yet, someone – tells me that I’m not alone either.

“Antelope are hard to judge, whether that buck is 65 inches, 75 inches or 85 inches,” agrees David Holder, co-host of Raised Hunting on Outdoor Channel. 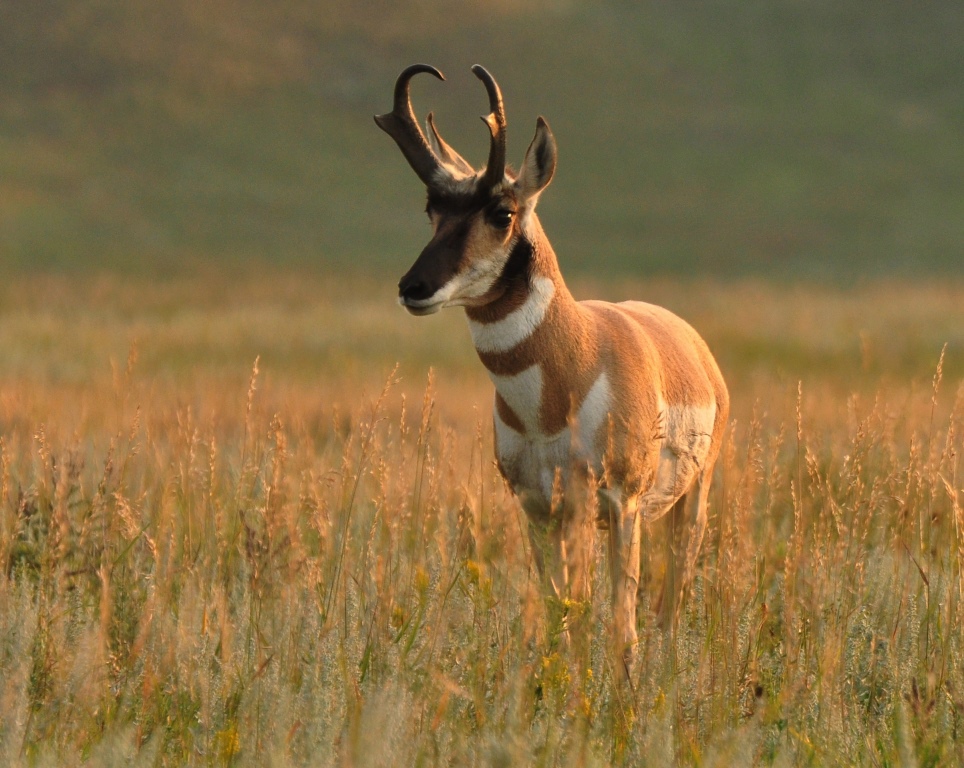 “You’re looking for those four circumference measurements on each horn, the prong length on each horn and the horn length on each side,” he added. “The really big ones? You know they’re big. But a 75-inch (speed) goat, they’re harder to judge.”

Holder points to an antelope buck his son and Raised Hunting co-host Warren Holder harvested with his compound bow years ago.

“He filmed the hunt by himself when he killed that antelope,” said David. “It had horns that were only 12 1/4 inches tall but it had exceptional mass and great prong length.

“His four mass measurements really made him big and his cutter (the point of the prong length) was way up high, so the third circumference measurement actually fell below the prong and it was a good bit bigger.”

The end result? The score on young Warren Holder’s buck – he was 14 at the time – was a very good 75 inches, well above the Pope & Young Club’s minimum entry mark of 67 inches.

If all of the above sounds like Greek to you, the truth is with a little insight and practice, hunters can successfully harvest bucks out West that ultimately suffer little in the way of ground shrinkage after an arrow is loosed or a trigger is pulled. 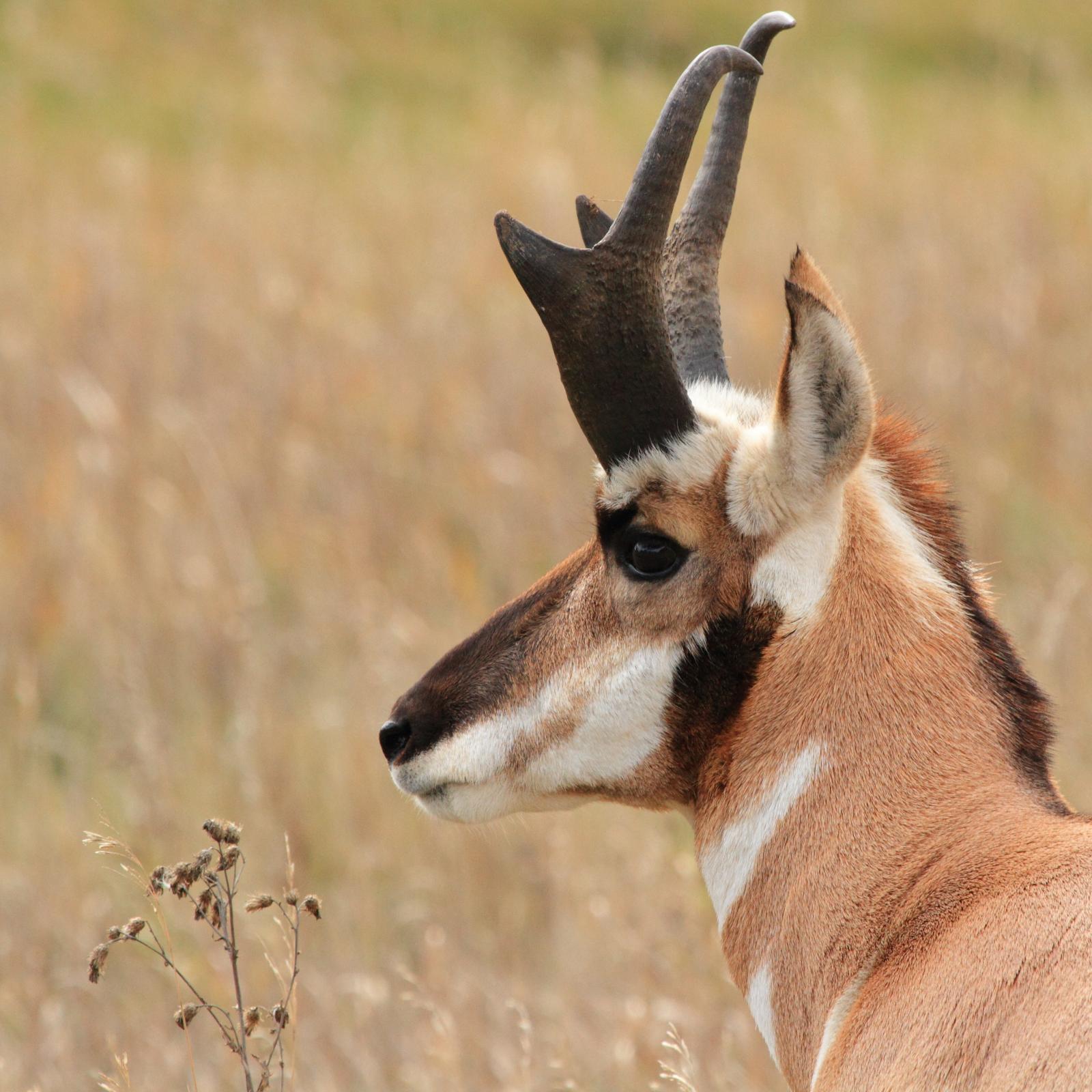 Having tagged a one-time Pope & Young Club pronghorn state record buck in the Land of Enchantment – a buck that featured horn lengths of 16 4/8 inches and 16 3/8 inches and a final net score of 83 2/8 inches – Welles also has plenty of high plains credibility when he talks of field judging antelope bucks.

With that in mind, Welles notes the higher up a buck’s prongs are located on an antelope’s set of horns, the better off the final score usually is.

Why is that? Simple says Welles because it typically translates into greater mass measurements in the final scoring process.

“Mass is everything,” said Welles. “That mass adds up faster than everything (else), you can believe (that).”

None of this is to say horn length isn’t important as the other two ingredients are (mass and prong length) are in the recipe for a record book pronghorn antelope buck.

Good; here are a few tips to consider (with information gleaned from such sources as my own files, the Pope & Young Club and Boone & Crockett Club record books, Web sites and statistical summaries; and books like Pronghorn Hunting by Toby Bridges and Don Oster among others): 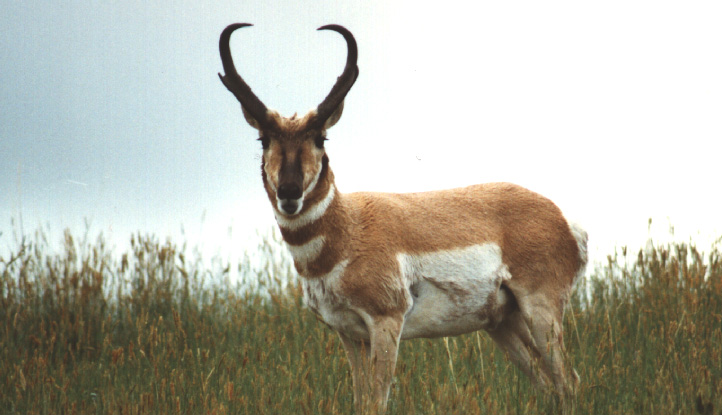 In terms of horn length, keep in mind that the ears of a pronghorn antelope buck are usually up to six inches in length. Using them to help judge horn length on an antelope buck, look for an antelope that measures 14 inches or better in this department. And don’t forget to include the amount of horn length that curls and hooks over the top when making an in-the-field estimate for a buck’s horn length.

When it comes to mass measurements, keep in mind most trophy antelope bucks have base mass measurements somewhere in the range of six inches or better. How can you accurately judge this measurement while glassing? Use the diameter of an antelope’s eyeball, which is approximately two inches, in making mass measurement guesses in the field.

Finally, when field judging an antelope buck’s prong length, don’t forget a trophy buck will typically possess a prong length of six to seven inches. How can you guess that measurement properly when looking at an antelope buck through a pair of binoculars or through a spotting scope? By looking for prongs extending at least three inches from the front edge of the horn. And to help you do that, consider once again either the length of a buck’s ear or his eyeball diameter as field aids in determining such measurements.

Put these field judging tips into practice and make careful judgments before coming up with a final guess as to the buck’s actual score. Then compare those field judging ideas in your head with the actual score, one that has already been determined for the buck or one that you obtain with a tape measure in hand.

As with most things in the outdoors world, practice may not make one’s efforts perfect, but it can certainly help trend those efforts in the right direction.