Along with good calling and proper concealment, most turkey hunters agree that employing decoys is one of the most effective strategies for coaxing a gobbler within range. But decoying a fickle longbeard isn’t as simple putting out a phony bird or two and pulling the trigger. There’s a correct time, place and way to do almost anything.

Matt Morrett is one of the most experienced turkey hunters in the world. The Pennsylvania native has hunted turkeys for more than 35 years, is a World Turkey Calling Champion, and co-host of Avian-X TV on Sportsman Channel. I recently asked Matt 10 burning questions about hunting with turkey decoys. 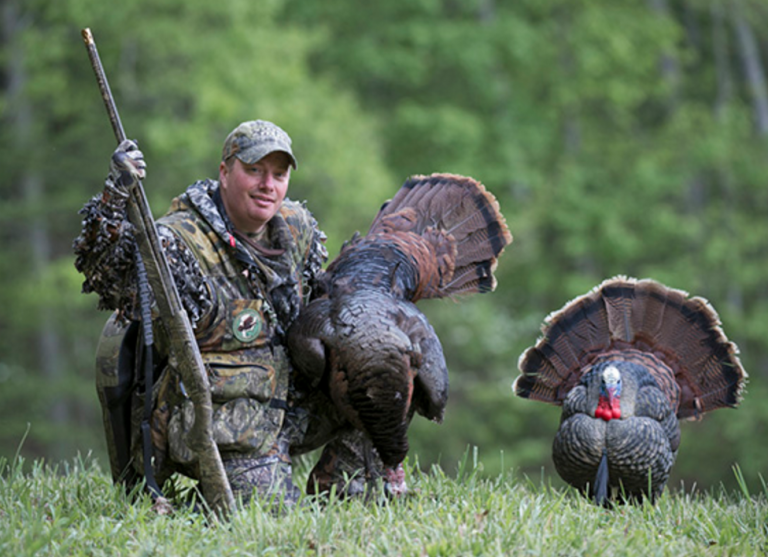 How and why do turkey decoys work?

Decoys give turkeys a strong visual attraction to go along with and reinforce what they’re hearing when we call to them. It’s a powerful tool, because it completes the illusion. Before decoys came along, birds responded to hunters’ calls but would often hang up when they didn’t see what they were looking for. It still happens today. Decoys work through visual attraction, but the best ones work because they tell a story. Whether it’s a feeding hen, a hen that’s ready to breed or a young gobbler that’s challenging the pecking order, every Avian-X decoy tells a story. An experienced turkey hunter can put them together in a spread that greatly increases his or her chances of fooling a tom.

Do you always hunt with decoys?

I do now, but I didn’t in the past. I didn’t have a lot of faith in them. I became a firm believer when I started using real, taxidermy-mounted hens about 10-15 years ago. It became clear that real birds made a big difference. Realism is what makes a decoy a valuable hunting tool. Realistic paint schemes and molding detail are important, but the overall pose is just as critical. Wing position is a big deal, because when done right it simulates a relaxed turkey. Relaxed and natural helps sell the illusion. Avian-X uses other small details like head position and tail posture to send specific messages to the birds that see them.

Do you have a go-to decoy set-up?

Day in and day out, it’s hard to beat an Avian-X Quarter-Strut Jake and a Lookout Hen. A Quarter-Strut Jake is a threat to any gobbler’s dominance, but he’s approachable and looks like an easy fight. He has near-universal appeal. A Lookout Hen is the same. She can attract any turkey because she’s dominant. Her upright posture also makes her more visible. She’ll attract other hens better than a breeder, and can bring any tom or jake running. That said, a Breeder Hen can work well, too. Decoys are like golf clubs; different ones may work, but there’s always something that’s perfect for the conditions.
Matt Morrett and other expert hunters don’t change decoy strategies during what hunters refer to as the midseason lull. Striking up a hot bird during these periods simply requires covering more ground.

How do you decide how far away and how far apart to set your decoys? 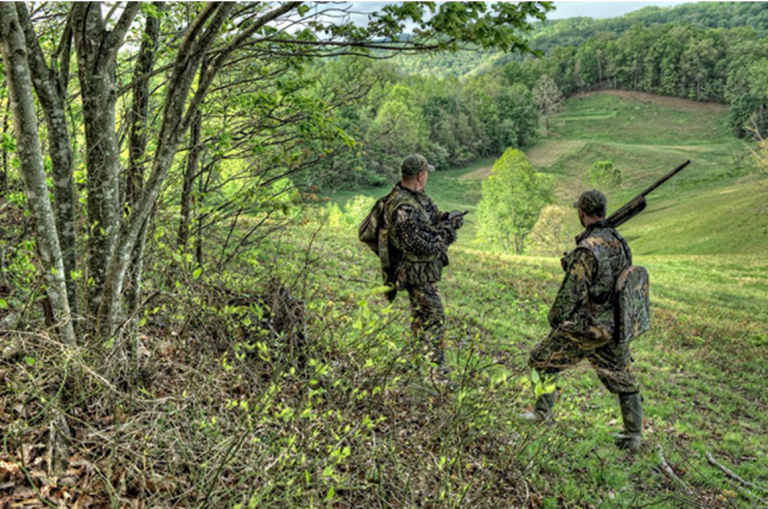 I think 20 yards is about the best distance. It’s far enough that you’re not calling attention to yourself, and it’s about half the effective range of just about any shotgun. If they hang up at 40 yards, you can still feel great about killing one. When it comes to placing them, look at the situation at hand and make the scene look realistic. Think about a gobbler’s likely approach path and show him the full picture. Give him the best view of all the decoys and make sure you are at least slightly off to one side. This is more important than how far apart the individual decoys are. One last thing… if you are using the best and most realistic decoys, for heaven’s sake, take the time to put the stakes in the ground straight! Crooked decoys look funny.

Does it matter which way the decoys are facing? 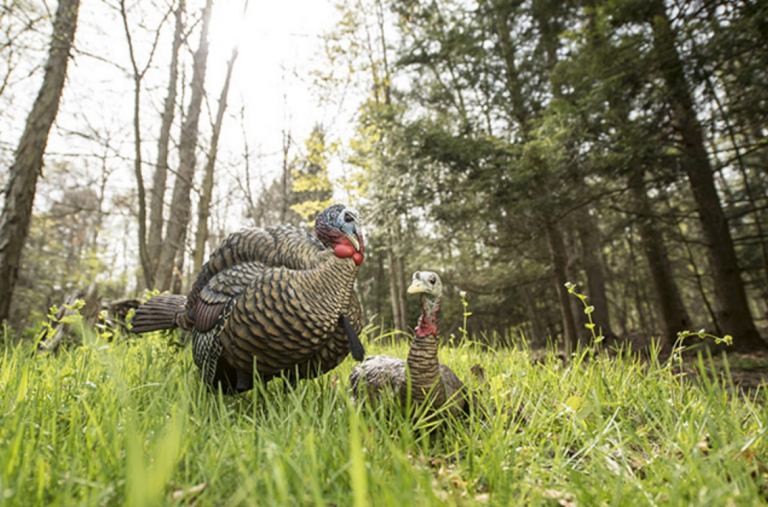 I don’t know. I understand why some people think it does but, personally, I haven’t seen that it makes any real difference. What I do try to do is suggest a realistic direction of travel. I may face them towards a certain direction that makes sense for them to be traveling… like into a field, along a tree line… something that just looks right.
This Avian-X LCD Half Strut Jake, which is new for 2017, and Laydown Hen tell the story of a young and inexperienced gobbler living dangerously. Dominant gobblers typically cannot stand the sight of this paring and will come to investigate, often with aggression.

Do you have a favorite decoy set-up for the early season?

The pecking order is being challenged at every moment during the early season, so I think anyone who doesn’t use some kind of a gobbler decoy is missing the boat. I like a jake… either the Avian-X Quarter-Strut or the new Half-Strut Jake. These are relaxed decoys that will challenge a gobbler’s dominance without appearing intimidating. You can use a Strutter if you like… I’m not sure gobblers really notice the difference between a jake fan and a mature tom fan… and both are visible from long distances. The key with any strutter is that it displays dominance, so you do run the risk of spooking other gobblers that may not be in the mood for a fight. Whatever you choose, put your gobbler with a good hen – either a Lookout or a Breeder.

How do you use decoys during a mid-season lull?

I don’t really change my decoy strategy at all. What’s different is that the birds have changed their behaviors and locations, so hunters often have to cover more dirt to find a hot bird. Nesting hens prefer different areas and toms may be in different areas, too. Find out where your birds went by moving more. But be ready to deploy your decoys fast when you finally do get a hot gobbler to answer.

Do you have a favorite decoy set-up for the late season?

I usually stay away from gobbler decoys late in the season; they have the potential to cause more alarm or concern than attraction, and aren’t really necessary. A lot of times late in the season, subdominant gobblers may not be totally done, but they sure do seem to shut down. The older, dominant toms are experienced enough to never stop looking for hens, so sticking with a hen decoy to attract a long-spurred bird in the late season is a good strategy. I had a turkey behind my house all year last year. The last time I heard him gobble was June 28 – over a full month after the hunting season closed. He was a big, dominant bird and was still looking for receptive hens in late June. A two-year-old gobbler quits the game early because he doesn’t fully understand it yet.

When and how do you use strutting decoys?

There’s two things I look for. The first is if I see or hear a particular old turkey who’s gotten the best of me in the past; maybe I see him actually running other gobblers off. If I know I’m hunting a truly dominant bird and it isn’t too late in the season, I know he won’t tolerate the sight of a Strutter. The second case is if I see three or four longbeards wadded-up together. These are toms that share a bond, and they’re likely to respond aggressively to an outsider.

If you could only use a single decoy for the entire hunting season, what would it be and why?
I’d choose a Breeder Hen. The decoy depicts a turkey whose body language says she’s receptive to mating. That’s always going to catch a gobbler’s attention. But a Breeder Hen is also an intrusion to other hens, which means she can attract them at any time. More hens means more appeal to gobblers. I also wouldn’t be scared to use a Quarter-Strut Jake for the same reason. He’s a danger to other gobblers and an easy fight, so he’s also got a lot of universal appeal. Even though I’m calling making hen sounds, the illusion is complete with a single Quarter-Strut Jake, because he appears to be looking for the hen.

What are the most significant observations or conclusions you’ve made your over 35 years of turkey hunting concerning hunting with turkey decoys?
First, use the most realistic decoys you can find, or they’re not going to work to their full potential. Second, set your decoys up at an angle so they’re at least slightly off to one side. If they’re in-line with your location as the birds come in, you’re severely increasing your chances of being made. Finally, try to avoid calling to a gobbler that has already seen your decoys. It has to be done sometimes, but calling to a turkey that can see your decoys is usually a mistake. Chances are good that he’s either going to bust you or hang up and want you to come to him.